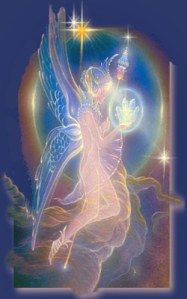 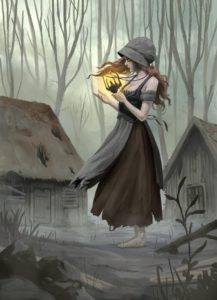 What is Spirit Lead Intercessory prayer?

Who am I addressing this to?  Those who have the gift of tongues by which they pray in depth on what they are lead and can also pray on any topic with the gift.  The gift is subject to the man not the other way around.  Not to say that those intercessors cannot receive the “burden” to pray for a soul, they have.

I wrote an article alerting believers of a change happening to the intercessors.  These intercessors who once prayed in deep lamentation, supplication & labor by burdens from The Holy Spirit birthing deliverance for lost souls.

I warned that since 2018 the intercessors labor of supplication and burden had changed to stark, bold, and very authorative warfare.  The blessed intercessors have testified to us that their gifts have changed.

The Prophecy of the talents is fulfilled

A Burden for Souls in the age of Grace

Since we are in the age of judgement the burden for souls is lifted but not all together.  There are exceptions to every rule.  Jazweeh used to be able to look into a man’s eyes and feel the condition of his heart therefore knowing what to pray for this man.  She could just walk by someone and would catch a burden for their soul like catching a cold.  Then on her knees to face she would pray sometimes for hours for a man she doesn’t even know.   Around late 2017 came the change from burden to warfare.

Spirit Led Prayer is a Miracle

There is a huge difference in the two types of prayer.  You could liken it to the difference between a manner of begging God in supplication to taking authority, picking up weapons, and blasting demons to hell. The countenance of the prayer would be like comparing a grieving mother whose child has been missing to the detective who is tracking down and putting a murdering kidnapper in prison.  Both are working on the same task but in very different ways with very different personalities.  That is the miracle of The Holy Spirit who can take the same man from one end of the spectrum of prayer to another. 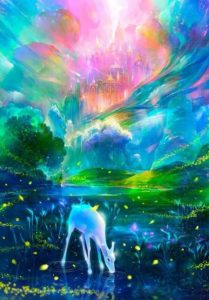 Sometimes the heaviness of the burden didn’t feel like a gift at all but it is.  And it’s done in the prayer closet not for reward but rather out of obedience.  Granted all flesh likes rewards there is no crime in hoping for spiritual rewards as long as it doesn’t surpass our longing to be with Jesus and The Father.

Father Has Finally Shown His Children Who They Are

If you pray by The Holy Spirit and that is your calling you are highly blessed and will most likely make the first rapture which you probably already know.  Let me be the first to congratulate you for running the race and winning.  Many are called few are chosen.  Most Christians unfortunately have not reached singularity to make the first rapture.  It will take the great trib. to jerk them into self awareness. I could be wrong.

Jazweeh attests that the gift of seeing a man’s heart by looking into their eyes has left.  The gift has morphed into its end times judgement age version of discerning of souls.  She can now see the mark of the beast manifesting on the heads of mankind everywhere.  And she can see few and far between the seal of God on men’s foreheads.  But there are more changes.  She still has deep discernment of spirits but not in the same way.  There is no burden attached to the discernment and its no longer seen in the eyes.  Why?  Because the age of Grace is over.

The Intercessors Are Now the Torch Bearers Proclaiming a Great Announcement 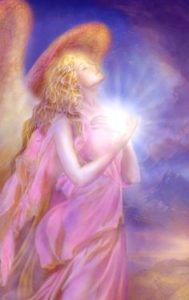 One night after a long intense bought of spiritual warfare the powerful powerful feeling of strong motivation and intense spiritual indignation toward evil just stopped.  This was about 90 days ago sometime in December 2019.  I believe the warfare that was needed during that time was to clean some things up before the arrival of Jesus.

Now the announcement is going out unto the whole earth by supernatural means.  The torch that is lit and those who carry it are proclaiming like never before that the time is near very near, at the door near.

The torch is lit my friends.  We could not understand why the new prayer was the same words over and over and over daily, weekly and then monthly.  And then we realized with God’s help, this is the most important prayer of all time, hence the torch is lit.  To announce Jesus is so royal and supreme that in the spiritual realms a torch had to be lit and is now carried by those who announce in the spiritual realms His soon return.

Those who are filled with The Holy Spirit and are participating in the gifts of The Spirit get a heads up on the timeline of His return.

Never ever in thirty years have we gotten Holy Spirit evidence like this of Jesus’ soon return.  The new song is here.