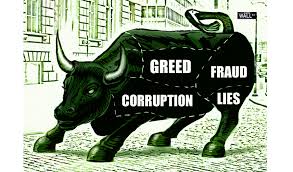 Why the media Really Portrays Cancer Victims as Heroes

I had Cancer I survived it so I am socially allowed to broach this corrupt topic.  Long short answer:  So victims won’t get to the bottom of it causes, conditions etc.  So parents will just swallow it instead of fighting it like we should be doing.  Every home should have its own food garden and fruit trees.  Every home should stop buying their poison hormones, processed foods and the rest of it.

I remember when I would tell people that I had it they treated me like I was some queen for contracting the deadly disease.  Somehow that did not sit right with me.  After all I hadn’t accomplished some great works that deserved honor.  Why were they treating me like I had won the Nobel prize?

Why?  Because they are brainwashed by movies commercials and TV to do so that’s why.  This is so the victims being puffed up will accept Cancer with no questions and when the doctor say “I don’t know how the hell you got it” being brainwashed himself….has no recourse. Child receives award for having Cancer.

And this award belt plaques and all that seems humane but they know what causes it and they know the cures are in nature they WILL NOT HELP YOU its big business.

Fact is chemical poisons cause Cancer and the controllers spread it EVERYWHERE and they will not stop giving us Cancer.  Thats how they thin out the heard.  Well one of the ways.   But they wouldn’t purposely pollute their own earth would they?  They would if they had a shit load of property around the Earth that we don’t know about that is a mass bigger than what we do know of.  They don’t give a shit about our part of this Earth.  Furthermore its not planet they lie like hell.  These people HATE US.  They may be aliens.  They are terraforming the planet to accommodate God only knows what kind of being…probably demons.  Think, chem trails, wifi, smart meters, smart cities, smart appliances all putting out MICROWAVE FREQUENCIES then think plasma fires and California burning.

You may believe that children and adult Cancer VICTIMS are seen in the media and in movies as
brave survival heroes but that’s merely a by product of the true motives of the Beast system’s
mind control tactics.
Fact is: Cancer is man mad to profit off your sickness and kill you early in life
cause your just a commodity and a worthless eater to those who probably have vast pure food
planted in the hills and green groves of the warm areas of Antarctica.  Use to be Anartica pre M.E.
Your a slave and don’t know it.
Self sufficiency, farming and growing fruit trees and fields of food have been stolen from us
and educated out of us. What if every home had farming in it, fruits and nuts and REAL FOOD
that doesn’t cause Cancer because face it…poison food was never a necessity of planting.
The evil corpses have turned the seed to poison dependent as they have filled our men with female hormones and racked them socially as the evil white men.
Why do so many people hate themselves? Its by design buddy. And I tell you this…they have
shown people that being blind to the enemy is “spirituality” and seeing anything negative is poor behavior. How convenient for them.
The masses will not wake up until WW3 hits them in the face and even then they may sleep through the apocalypse and the great tribulation never calling upon the Savior Jesus.
I treat people good I am fine with death….we have been shamed into hiding any semblance of human emotion and fear God forbid we have fear….the mind control terms for fear are lowly. Yet without fear men would not survive on the Earth.
Jesus has the keys to death and hell and if He doesn’t know you….you in for rejection I fear.
Seek God while it is still light because the end times signs and wonders are here.
Seek and you will find, knock and it shall be opened unto you. Hitlers holocaust had nothing
on the poison holocaust of today. And in comes wifi to control your mind.