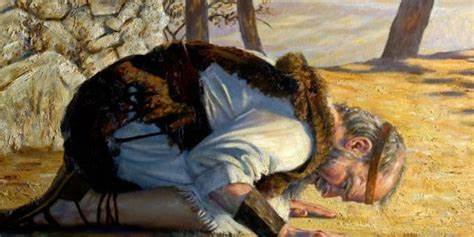 Please also see the Astrological Decode of Revelation 12 on Youtube

When Jupitor was in gestation in the womb of The Virgin for literally nine months. While Virgo was crowned with Leo of 12 stars. This movement of stars never occured in that way before it astrologically fulfilled the prophecy of Isaiah and the Prophet John the Revelator about the woman giving birth and the dragon waiting to destroy her child and so on.  The astrological fulfillment of that scripture happened for all to see September 23rd, 2017.   Personally I had thought it happened in 2012 and perhaps it did with all this Mandela effect business going on.

I remember the astronomical event of Revelation 12 in the skies being Leo not Jupitor but I could be wrong.  Perhaps I was mixed up because Leo was on Virgo’s head crowing her.  Please disregard the next paragraphs if you remember it Jupitor & Leo as stated today.  Jupitor in gestation for nine months and Leo a crown of seven crowns on the head of Virgo.  Either way Revelation 12 is fulfilled.

The woman about to give birth are the group of intercessors of God who have been praying in the Spirit, by travail, and with burdens of lamenting and supplication as in labor. If you were an intercessor you know the burden of praying for the souls of those you don’t even know and praying for spiritual issues that you are sometimes unaware of in the natural.  This woman (these intercessors in the Spirit) travailed for years to prepare the true church for judgement day/end times/return of Jesus.

She brought forth a man child….her prayers prepare the church therefore usher in the coming of Jesus as well.

Breathren, clearly there is an evil mounting force in the North.  The prayers of the Saints avoid and are repelled by what they feel in the distant North.  Armies are massed in the north.  These are the great GMO mongoloid unclean armies of Satan’s unholy hoard of vessels.  Vessels because clones and AI have no soul yet the demons have amassed in the flesh of these unclean beings.  See articles on Jazweeh of the 3 armies of the North.

The age of judgement is upon us and the age of Grace is passed.

These intercession has stopped.   Now the intercessor is being nourished greatly in a safe place away from the evil one.  She is at peace.  However the Lamb is now a Lion and the cries of lament are now cries of warfare.  These 144 stand side by side with angels doing battle in the heavenlies while also being nourished and kept safe.

Jazweeh has had a vision of Satan being plucked from the second heaven onto Earth.  He was pulled down by these same 144 who have banded together in Spirit engaging in great warfare.

Make no mistake these 144 know what it is to be the prodigal son they know the depth of God’s Grace by it. He who sinneth much Loveth much.  The 144 have come out of GREAT tribulation due to the attack of the evil one’s throughout their life.  They HAVE overcome by the word of their testimony and the blood of the lamb.  By Faith are we saved.  Grace is unmerited favor.  Grace is to not receive due consequences for sin.  Grace is a part of forgiveness. Salvation is by FAITH IN JESUS.  By FAITH ye believe that Jesus is THE SON OF GOD who did become flesh and dwelt among us.  He died so we may live.  what He did is take the keys to death and Hell.  He overcame death so we also may overcome death by Him giving us those same keys.  We will walk His walk when we die.  We will look death in the face and it/he will bow before us.  This is the Truth of Jesus and the True gospel of The Christ who is The Son of God The Way The Truth and The LIfe.  In Him we Receive deliverance from carnal bondage and forgiveness of sins and we become over-comers just as He also overcame sin, death, and hell by His own Faith in The Father.

Did Jesus really say “Father why hast thou forsaken me?” I SERIOUSLY DOUBT IT.  Jesus knew the plan of God and He certainly DID NOT LOSE FAITH.  Death is my servant.

Satan’s path on Earth was straight toward the Vatican to make a deal with the Pope for power.  And Next Satan made a beeline for the body of whom he would inhabit.  A man of power and wealth who the Pope will prop up by glorifying him and shelling to him the finances to buy an army to wage war.

The great persecution of Christians has begun.

Know this, 3 1/2 three and one half years is the prophesied time of nourishment of the women.  Those we know who prayed in travail and now wage war while being nourished were activated some time in 2016 approximately 2 years and 9 months ago, best guess.

If this is accurate and the prophecy interpretation is correct the great tribulation will begin in nine months.  Or around July 2020 give or take a few months.

(Update: most recent Great tribulation prediction (not prophecy) is for January 2021.  This guess is made by one Spirit lead intercessor who interprets her own prayers from God.   and based on what the intercessor’s of God the 144 are receiving by their prayers Jesus will arrive by 2024.

Let me be clear here, when a man has both the gift of intercessory prayer and the interpretation of tongues, and he prays daily in The Holy Spirit this man also receives insight as to what God’s plan is and so on.  Granted the interpretation of tongues is not word for word.  Please know there are tongues as the evidence of The Baptism of The Holy Spirit and there is the gift of tongues far more extensive, by downloads of intricate dialects of powerful prayers.  Those with the gift of tongues are intercessors in the most thorough definition of the word intercessor.  See article more about intercession & end of the age.

The interpretation of praying tongues comes in ideas of paragraphs per say rather than a word for word interpretation.  Who better to see the season at hand than the intercessor and the prophet.)  There are few if any “false intercessors” but there are hoards of false prophets.

Interpretation.  If you are reading this its because you are a very important member in the body of Christ and are able to palate great Truth.  For this is a mystery revealed by the few.

And there appeared a great wonder in heaven; a woman clothed with the sun, and the moon under her feet, and upon her head a crown of twelve stars:

And she being with child cried, travailing in birth, and pained to be delivered.

And there appeared another wonder in heaven; and behold a great red dragon, having seven heads and ten horns, and seven crowns upon his heads.

And his tail drew the third part of the stars of heaven, and did cast them to the earth: and the dragon stood before the woman which was ready to be delivered, for to devour her child (144 & bride of Jesus) as soon as it was born.

And she brought forth a man child, who was to rule all nations with a rod of iron: and her child was caught up unto God, and [to] his throne. (Intercessors have and are ushering in the return of Jesus).  You will NOT find this prophecy interpreted in this way ANYWHERE ELSE except by the 144 themselves & by those being taught by the 144 as Jazweeh has been to receive the prophecies true meaning.

And the woman fled into the wilderness, where she hath a place prepared of God, that they should feed her there a thousand two hundred [and] threescore days.

And prevailed not; neither was their place found any more in heaven.

And the great dragon was cast out, that old serpent, called the Devil, and Satan, which deceiveth the whole world: he was cast out into the earth, and his angels were cast out with him.

And I heard a loud voice saying in heaven, Now is come salvation, and strength, and the kingdom of our God, and the power of his Christ: for the accuser of our brethren is cast down, which accused them before our God day and night.

And they overcame him by the blood of the Lamb, and by the word of their testimony; and they loved not their lives unto the death.

Therefore rejoice, [ye] heavens, and ye that dwell in them. Woe to the inhabitants of the earth and of the sea! for the devil is come down unto you, having great wrath, because he knoweth that he hath but a short time.

And when the dragon saw that he was cast unto the earth, he persecuted the woman which brought forth the man [child].

And to the woman were given two wings of a great eagle, that she might fly into the wilderness, into her place, where she is nourished for a time, and times, and half a time, from the face of the serpent.

And the serpent cast out of his mouth water as a flood after the woman, that he might cause her to be carried away of the flood.

And the earth helped the woman, and the earth opened her mouth, and swallowed up the flood which the dragon cast out of his mouth.

And the dragon was wroth with the woman, and went to make war with the remnant of her seed, which keep the commandments of God, and have the testimony of Jesus Christ.