The Darkness is Coming

Tic tock tic tock but three days is not its time span.

The darkness comes.  But not yet, not yet.  After the kick off event

predicted for January 28th 2021 that’s 36 days off.  I do not know if the kickoff event will be a natural disaster or deaths by FDA approved poisons like back scene or both.  But when Jesus said “it will be bad” paraphrased He was not mincing words.  It will be unlike anything before or to come.  As for Solomon’s words “there is nothing new on the face of the earth” this great tribulation will be the exception to the rule.  Right Solomon?

The darkness will also be spiritual.  When God takes His Holy Spirit from this earth including His elect who are filled with The Holy Spirit given by the laying on of hands (in most cases) by prayer. Then the demons will enter through cosmic portals already set up on earth.  The portals look like this. 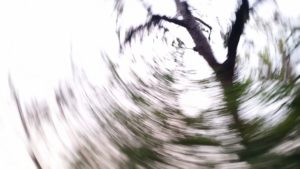 However to the human eye you can’t see them except at night they appear like a patch of air that is slightly distorted.  That’s all you will see.    I caught this one by accident when my camera went off accidentally.  My own eyes never saw it.  And surely the phone wasn’t spinning at a rate to fit the photo, so..you choose what to believe.

The 144 see the loose demons waiting at the doors of portals and orbs, free flight demons that are not in humans.  Those demons that are not inhabiting bodies of men(kind) are free flight demons.  The chosen also have seen many orbs and portals lately (2020).  These portals & orbs harness demons who are waiting frothing, anticipating God’s Spirit soon to leave the earth.  The demons stand at the door.

Apparently these free flight demons know that when God’s Spirit leaves the earth they can enter earth without dangerous consequences that have held them back for so long.  Hence “The Restrainer” God’s Holy Spirit.

And THEN WILL THE DARKNESS FALL UPON MANKIND LIKE NEVER BEFORE.

The earth has changed many of these coming cosmic demonic creatures will have physical-ish bodies.  They are not the kind that must be invited in which inhabit men’s bodies now. Till now Earth’s demon have waged war not so much by possession of humans but rather by sin that opens the doors to oppressive spirits from hell.  They influence rather than take over…at first anyway.  These are our run of the mill demons of lust, sloth, envy, murder, wrath, rage, unholy fear, panic attacks, anxiety etc.  As Paul the Apostle said “some sin is unto death other isn’t”.

The new demons that are coming in the time of darkness will roam the face of the earth driving fear into men by presenting false realities/pictures.

“Men’s hearts will fail for fear of what has come upon the earth.”

Yes the fulfillment of the prophecy Jesus gave us when the bible was Holy is at hand soon to come.

And anybody that they see as on God’s team.  Their ability will be to create huge scary picture monsters persay that will be illusions but will be very scary and look very real.  They will pose fake power, fake scenarios, and fake monsters to the people who will basically be hurt by their own fright.  And depending on your level of belief their power is given from you.

If a man stands against these fake monsters that will deceive the eyes the monsters will just disappear/dissipate.  So the Christians task is to put faith above their fear.   Imaging the kaos these demons will wield.   All men must put what is in their heart (faith & Love) above what their eyes see.

Even for the elect this would be hard I am sure.  For our eyes tell us the truth USUALLY.  I am asking those left behind to do something I myself have not done, exactly.  This isn’t something I like writing.

I know its easier said than done And I do not know if I could do it myself….my spirit says in some ways I already have and so also perhaps have you.  I hope not to be here for this…but I could be wrong.

Think of these monsters (if you are in these tribulation times now) as being film clips from a movie scene, they are just a star trek hologram on the holodeck.

The demons who wait at the door have no power over humans except to create picture lies.  Deception is all they have.  If you stand up to the deception it will dissolve.  Father does not lie.  He will allow those who chose the lie (as a feeling of how it protected people, example “I had to lie” because of consequences, that would be embracing the lie.) to see the lie for what it is.  A big ugly monster that causes havoc.  Truth is purity. Lies are filth.  The belt of Truth is your armor against delusion.  Leaving not behind the rest of the armor.

The Coming Great Multitude are also The Chosen

You see, the great tribulation that the 144 & Revelation 12 woman, first fruits have gone through and come out of that took YEARS to overcome…a similar tribulation, but a short version, perhaps just as intense, will come upon the great multitude of believers.  Some may be martyred.  They will have to choose between the beast and life on earth.  They too must overcome but in a different scenario.  But first they must wake to the voice & ways of the wolf and see the beast in its true light. They must wake to the evil before them.  They must choose Truth over the lies.  It won’t happen without a cry to God from their whole heart with humility.  They must in their most desperate hour call out to Father.

Anyone could have become the elect it was available to anyone.  Picture it this way.  144,000 templates were set down on earth.  All men had to do is step into the template by their choices.  The 144 were not pre ordained the only preordained part is that there would be 144,000 who step into the template of the chosen.

I know this is kind of hard to understand.  Father doesn’t make robots.  We have free will.  Its late in the game.  Much too late to be one of the elect first fruits.  But its not too late to be just as important by your choices.  Its not too late to be delivered from the strong delusion and the coming darkness.  This site has catered to the 144 because mind you they have gotten VERY LITTLE if any validation through the years.  Forgive me for my inclination to neglect the great multitude.

It is time to let the great multitude know that they too are chosen all they need do is step into the walk by their choices.

HOW DO I BECOME ONE OF THE GREAT MULTITUDE.

Stand up to the demons picture shows of monsters.  Do no harm.  Cry out to Father like never before with your whole heart.  Repent of anything you feel guilt for.  Make a list of fears and ask God to remove them.  Ask God to help you to be what He would have you be.  Offer Him your heart and mind.  He is your Creator and knows what you need better than you do by far.  He will not betray your faith.  Love is what your heart needs.  God is Love.