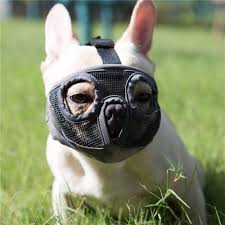 Watching Your Countrymen Hand Over Their Human Rights

In the form of a toxic muzzle is not an easy thing for those who are awake to the medical tyranny at hand. And the Cancer risks that far outweigh the flu risks when wearing such a mask.  I called an old friend today.

It had been a while since I talked with him so I asked this.   Will you take the back scene? He said “lets see how many people it kills in the first six months.” I laughed uncomfortably.  “yes” I agreed.  I predict he will take it by peer pressure and mind control.  After all he took the Hepatitis C poison that nearly killed him trying to cure himself.  The disease cleared for a week or so and returned in real time.  He suffered greatly for that “cure”.  He is well programmed for suffering in the name of a cure.

“Are you and people all around you wearing the mask?” I asked.  “Yes, you have to if you want to go anywhere and I think they have that right”.  The corporations that is.

I answered him “well they are public service facility not a home residence and do not have right over your body.”  “shirt & shoes” is a health code.

I kringed at my previously stand tall anarchist minded friend bowing to the corporations to muzzle himself.  He neither has the balls or the good sense to stand against tyranny and oppression but rather he embraces servitude and oppression.

So now they get to tell him to cover his face as if he were some disease himself.  Causing harm to himself by lack of oxygen and breathing carcinogens consistently the man now talks in a speed that sounds like he is on Thorazine.  We no longer see eye to eye.

IF the elite wanted to separate the freedom minded people from the drones they have succeeded.  I can no more get through to this guy than to teach my cat to use a knife and fork while he’s eating his squirrel dinner.

Let me ask you this my un-named friend of whom I speak-“If the corporations tell you to bend over and kiss your own ass will you bow to that as well just cause ‘they have that right’ as you stated?

Know this….goats would not want to be in the light of Heaven where God’s children will abide.  They would be uncomfortable there at best.  They prefer the lie.

The children of God prefer and side with TRUTH.  They will go to a place where Truth and Love are valued just as life itself.  Hence my book “Paradise for the Hellbound”