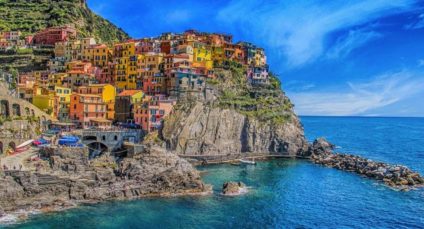 Jazweeh had a meditation (in Christ prayer & silent listening) today, I will get right into it in her words.

I asked God in meditation what it means regarding salvation if some see the changes in the world (Mandela effect) and some don’t.

He said regarding those who do see:  Some are saved and some are not.  This means seeing the changes even in the Bible does not necessarily mean salvation is eminent.  Or that we are the “chosen” few by it.   I will tell you why.

He also said as for those who do not see at least some of the changes they cannot possibly be saved YET.  Meaning they could still get saved.

PROTECT YOURSELF FROM THE UPLOADS OF LIES

He gave me this info.  There are (AT LEAST) two ways to be able to see the changes.  One, that you are sealed by the seal of The Father and your name is written in the “Lambs Book of LIfe” obviously these are the saved who see.

The second way to see the changes is by having lots of natural quartz and other crystals of the earth, such as those crystals  written of in the book of Revelation describing the pearly gates and the construction of Heaven itself.  This detours the EMF frequencies causing brain memory downloads of false history.  SEE THE SERPENT’S WHEEL ONE & TWO ARTICLES for updated inspired explanations to the strong delusion and the Mandela effect.

Those who are protected by a crystal grid may be so by Christ’s design and they may be the last of the called who will accept Christ in the final days (this part is a deduced theory NOT thus sayeth The Lord).  These crystals have protected the memories of those who see the changes yet are not saved yet. Many of these people are new age believers and even atheists who don’t know who their God is.  Keep in mind some geographical areas have such rocks in the earth either surrounding their location or below.

Third way to be protected…..to be in the earth grounded.  Fourth way—to have the belt of Truth on during the shifts and uploads of data controlling the minds of men.  Or in the carnal “YOU SIDE WITH TRUTH IN YOUR HEART” and you abhor the lie.  Satan is the Father of Lies, this is his claim to fame and those who follow the lie feel they are protected by it.  Can you relate to telling a lie to protect yourself?  I surely can.  Its in our beast programming. We MUST deprogram and turn it around.  TRUTH IS OUR PROTECTION.

What this means to me is that the human race is being tinkered with by diabolical men and fallen angels who have figured out we are electrical creatures and our brains can be altered by frequencies, EMF, to a point.

is because their neural pathways have been altered by the horned towers called cell towers.  Look at it like this, certain natural directives (meaning which path to take and when) of the neural pathways mapping and routes in the brain are re-configured and programmed to be initiated by certain verbal triggers.

When the unaffected person hears a variation of a number of certain Mandela effect related truths the re-mapping kicks in.   So instead of the unaffected listening and learning and remembering their real TRUE reality, they are instead programmed to switch off to the fight or flight response that is hijacked by AI & EMF, RF.  Once the human is in the fear response mode they cannot learn.

Every manipulation of changes that have occurred in the world that are the “lying signs & wonders (used to read “deceptive signs and wonders”) written of in the real Bible trigger fight or flight hence, they believe the lie, the new reality is a lie being implemented by black magic sorcery at a very high spiritual level.  The lies about our own history are not generated by the Father who cannot lie or Jesus who is Truth.

If the change is M.E. is True then its a sign and wonder. Like the new stars, the Blue & Red Katchina, the horizontal moon, the geographical and body changes. These are not lies therefore they are “signs and wonders” to wake up the masses to God.

The deceptive signs and wonders are of Satan done by demons like the debaucherous bible changes that contradict the precepts of God is Love.  They are many.  The book insults both God and man repeatedly.  The book shows God as a “hater”.  And the book now shows God as a liar and Jerimiah congratulating God for being so deceptive.  REALLY?

Furthermore, the new M.E. book exhibits the new gospel and the new Jesus by removing “saved by faith through grace” and replacing it with “blood sacrifice” and saved by grace instead of Faith.  The book removes “God is Love” and replaces it with “God is Hate”.

THE TRUE GOSPEL OF JESUS THE SAVIOR, WONDERFUL, COUNSELOR, SON OF GOD (not son of man) CHOSEN ONE, REDEEMER, DELIVERER, OUR SUSTENANCE, AND HE WHO COMES IN THE NAME OF THE FATHER, SALVATION HAS COME UNTO MEN!

Instead of “Jesus took the keys to death and hell for us” and that is why he had to die to retrieve the keys and overcome death itself.  Now the emphasis is on perfection, self accomplishments, blood, burial they keep quoting buried, “Jesus was buried” over and over I hear it on YT.  When really He was not buried at all.  Jesus was put in a cave on a grounded rock/stone behind a great bolder.  It took an angel or 3 Roman soldiers to move that bolder.  Jesus was not buried.  Furthermore He was not a blood sacrifice as blood sacrifices go for the evil chicken head cutters.  Jesus died that we may also have the keys to death and hell to overcome it.  He came to the earth that we may have Life and have it more abundantly!  This is the True Gospel of Jesus the Christ.  His last name is not “Christ” by the way.  The evil one has made “Jesus Christ” a cus word as we see in movies etc.

This manipulation of our brains is the epitome in mind control and they have accomplished it in those people who do not have the crystal grid protection or the seal of God Himself in/on their brain or The Belt of Truth and the rest of the armor of God.  Thing is…one white lie and you drop your armor & in flows the strong delusion. Those under the strong delusion are wearing the helmet of salvation while their belt of Truth is lying on the floor.  JESUS IS THE TRUTH.  Therefore one lie, and the belt falls.  Good news we can quickly repent of lies.

The New Vocabulary Invokes (involks) Lies into our way of speech

Example: “Its unbelievable” is it?  Consider the use of sarcasm—-all lies that say the opposite of the Truth.  Many of the popular phrases we use are saying what they do not mean according to dictionaries and the English language.  Popular terms of conversation are twisted lies on the most part.  Watch what comes out of your mouth.  Is what I said actual truth?  Learn to say what you mean and mean what you say.

Further manipulation of the English language is by redefining what words mean giving them more than one meaning.  This is done by “The Author of Confusion”.   Satan is living up to his name sake.

Yes, Satan is sitting in the Holy place regarding Bibles and regarding the sacred “Crista-Gali”  where the seal of God sits in our forehead.  See more on that at link below.

One more footnote.  The sorcerer who has done this is himself worshipped as a god because of his power.  I believe he is human but coached by the fallen angels.  He, this sorcerer did not know that there would be those who would remember the real reality.  It was not supposed to happen that way.  But God protects those who know His voice and hear Him.  The sheep hear His voice.  The sorcerer and those who he works with have 50% of YouTube maybe more infiltrated with wolves.  The wolves are set up to trick true believers into taking the mark of the beast.  They give us much truth to gain our trust so they can dish out the big lie at a latter date.  BEWARE.  More on that in my next article.