The Keys to human DNA editing are here.

Update.  God told me in an audible voice I would know the mark of the beast by one word.  “Zebra”.

Updated Info about Zebra’s part in the mark.

There were two keys they struggled to decode.  My dream along with prophecy and science has shown me by CRISPR Tech that they have what they have searched so endlessly for.

The Keys to Our DNA have been acquired.  The control freaks are in their hay-day of congratulatory formalities.  They puff each other up with pats on the back because now, the slaves are mere robots in their hands.   There is no stopping the elite…at least before the harvest is finished.

They will mix humans DNA with whatever animals they choose.  Know this…they poison every product including food that you walk out of the store with.  They lie on the TV relentlessly.  “Know them by who they show you they are.

They will stop at NOTHING to control the masses. Power is their drug.  It is done.  The quantum computer gave them the codes, the keys.  The “m” in [mRNA] stands for messenger.

Giant gold key DREAM MAY BE ABOUT by Russ
First I was in a house, mom made peanut cookies I wouldn’t eat them I knew they were not organic and were GMO plants that make their own pesticide.

After mom cut me some of here peanut cookie cake that I think I spit out there was a familiar friend there who had his own room in the same house.

He was previously with my mother, I thought they may have had sex, I thought.

Weird mother is very old. Then the man came out and said something derogatorily sexual and mom said “Laura is a Christian she doesn’t talk like that”. I said “he knows very well I am a Christian”.

I think the man was a demonic presence in my room because of the way he moved in the dream. He was floating I remember now, he was disappearing from room to room and I woke up with aggravating arousal and had to pray it away. Yes I think what this dream partially meant was of the incubus type dreams they come to seduce and exploit.  Once your sexually made vulnerable they can perhaps work on your mind or emotions.

The Dream Went On.

Scene turns to a Hospital Hallway.  I am a nurse there.  I am standing over a stove counter top.  I look at a piece of paper and write a note on stove “blood here”.

(I think that represents that now that the elite have the keys to our DNA by insosine entry that tricks & deceives the cells mRNA lock into the nucleus and Messenger DNA they will make all of our DNA by cookie cutters directives/instructions. The armor of God is our protection from this.)

It was if the stove was disposable I was peeling off the burners
There was a note on the stove that I myself wrote. I worked there at the facility.
The note said “blood here” and something else.

I heard others talking about me and they said,
“she is a note writer” or I thought that’s how they would talk about me in the dream.

The Elite in Pin Stripe Suites 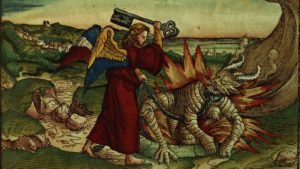 The one guy walked into the room
he handed the other man very smartly dressed like presentable, he handed him a giant gold key.

They both carried giant gold keys and they were going to celebrate and the keys were like a sign of their importance.

When these two guys smartly dressed and so manicured walked by me I was working on the disposable stove with the note about blood. “blood here” and I was apparently self conscious about being inferior to these two guys men old men actually not guys.

I think there is more dream coming up. going back to sleep.
two men were like congratulatory to each other.
Gold keys were huge a foot and a half large.
Why would they want me to take poison peanut cake in the dream? (UPDATE The peanut butter cake represents the back-scene mark of the beast.)

So if the back scene is the golden key and the dream showed poison peanut cake I am guessing the back scene will contain some toxic relationship to peanuts somehow.

The organic promoting food sites say peanuts are so corrupt by gmo and monsanto (like corn) that is why so many kids have the peanut allergy but there is more to it.
Glyphosate
aflatoxin

UPDATE:  I know now what the dream means.

The back-scene is the mark of the beast.

It will edit your DNA by mRNA and replicate by Cancer directives every cell in your body.   By entering your cells nucleus using you body’s own key code.

They can put any directive they want with messenger RNA especially if you already have nano particle circuitry just waiting for instructions.

These bastards with the gold keys will pay.  They will be judged by my God.  This destruction of God’s creation by technology is blasphemy.  This is how the human body the temple is desecrated.

You see the nucleus was locked to these mad scientists for years and years they tried and could not give it directions to the nucleus for replication throughout the body of cells.  Now the beast has found the adenosine & inosine golden key and much more to fool our cells into thinking that the chemical back scenes impostors to the cells in the body’s directives are from our own messenger RNA…they are not.  And they are not friendlies.

I have a very long DNA/RNA/mRNA article in the works to explain the science behind the back scene.  Also see mark of the beast article here.