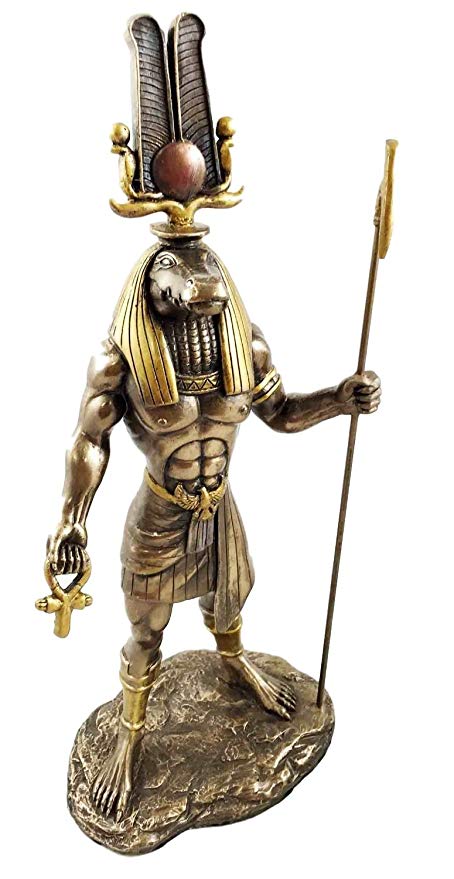 We must not limit the Creator of Worlds, Men, and Spiritual Beings to the limited understanding of men.

In the Church they often limit the personage of the spiritual realm to 1.God(Holy Spirit), 2.Jesus, 3.Angels, 4.Satan (fallen angel) demons (spirits of the dead offspring of fallen angels mated with human woman, produced 5.giants who died to produce demonic spirits- see book of Enoch), and well that’s about it folks.   And rarely do they believe their bibles about great men of renown called giants.

So, there you have it, the entire spiritual realm consisting of, well four entities.

And be sure if a spiritual being doesn’t fit into one of these hierarchies of good spirits, then it has to be ‘of Satan’.  Put it this way, in church most any supernatural events shared will be labelled “demonic” if it doesn’t fit the traditions of men.  Even a “born again experience” will be labeled evil by religionists.  Why?  It’s simple, firstly if you have an experience of a supernatural deliverance and your heart is turned from hate to Love, your life is changed.   You will be compelled to share that event.  So then the people who are NOT born again of the Spirit and have never had the baptism of the Holy Spirit shine on them (“You have not because you ask not”) will feel in their hearts that they are missing it.  Of course the ego blocks out the tedious voice of the heart and labels it “nonsense”.  But in reflection of this born again soul our heart screams that we also need this experience or we won’t be saved.  Well our intellect won’t tolerate our own heart.

So those who are unsaved instead of taking that fear to God and asking for the Born Again experience and for the Holy Spirit,  instead they go into defense mode which is the fail safe knee jerk reaction to fear.

Emotional defense mode needs a villain and those who are born again MUST be labelled Satanic, delusional, and in error of new age,  otherwise those who have NOT had such an experience will know they are lost.

Thing is we in America are indoctrinated for “defense” instead of indoctrinated for “solutions” Face fear and live, out of the problem into the solution and so on.  SIMPLY PUT WE ARE TAUGHT TO BE ASHAMED OF BEING AFRAID WITH WORDS LIKE chicken-shit, Pu**y, yellow belly, scaredy cat, fear monger, worm, yellow, and on and on, at an early age we are taught to hide fear instead of facing it.  This may be one of our most destructive and damaging indoctrination’s.

Defense mode will always point the finger and play the accuser of the brethren.  Hence all those tongue talking evangelicals MUST be labelled Satanic for the rest of the world to be saved.

It’s not our fault we don’t have experience in facing fear other than repressing and denying it. Neither is it our fault if we fear having more than I one sided prayer only relationship with God wherein we never give our selves credit enough to hear His voice in response to our prayers. Hearing Him who speaks from Heaven to us is much easier when we stop to LISTEN. Meditation when done in Christ is the act of clearing one’s mind with a mantra such as the Lords Prayer. You are envisioning each sentence to train our mind to see only one thing at a time. And to control our attention on that one thing. “Our Father who art in Heaven” we visualize the sentence. Practice the mantra and visualization until you can control your attention to one thought. Then from there we can train our minds to empty. We go from one thought to no thought. Then the voice of God is loud and clear. All this is don’t in Christ and is about relationship with Christ.

Please see my solutions to fear on my recovery website to learn fear expelling exercises from the ground up.

Heavenly Realms Refuse NOT Him who speaks from Heaven

On the Earth we have a multitude of different types of creatures in each kingdom type.  My point?  There are no doubt many more good entities, that are supernatural than Christians will ever understand or admit. They don’t even consider the “just men made perfect” living spirits spoken of in Hebrews.

Not to mention giants and fallen angels.  So why be so quick to call everything supernatural “of Satan”?  Evil is as evil does.  Let THAT be our proof.   Test the spirits by their actions, are they lining up with good or of evil?  Clearly if Satan war against Satan his kingdom would fall as it is written.  For there are many type spirits.  Some are neither evil or good.  WAKE UP AND SMELL THE MEDITATION IN CHRIST.

How about relationships?  Is your relationship with God one sided by prayer only?  What if your spouse never spoke to you, you do all the talking?  How would he feel about that, how would you feel about that?  Stop and listen to God and the many guides and loving spirits of “just men made perfect” who are there for our help during meditation and prayer.  The church doesn’t want you to have a true relationship with Christ so if it can keep you in fear of meditation it’s done it’s job.

God is the father of genetics and of creation.  But we limit good spirits to 4 or 5 types, really?  Think about that.

Jazweeh had a vision several years back that she is now releasing to the public who are called to interpretation and understanding of it.  Few will pass by and even fewer will understand.  But surely if you are here you are called to see wisdom.  If you have an interpretation PLEASE leave it in the comments section or send it to livingword@jazweeh.com

I had such a wonderful meditative experience I wrote it down to share it with you. I call it “Mandolina”
I entered a place where the air was like a light green blanket of mist
I saw a woman suddenly she was gone. Her dress looked like flowing silks and satin. Her hair was long and swaying, she moved past me as if she was floating. Next, I saw a male figure. His head appeared to me like a translucent rainbow surrounding his skull the colors stopped at his eyes. He seemed to be flesh but his color and texture were without blemish all one shade. He called to Mandolina. The man’s arms stretched out bidding her “come”. Why did she run from him with a tear in her eye? He was so comely; perhaps he was a god of sorts.
What was this misty place of peaceful sensuality? There were two moons in their hazy sky one yellow and the other beige. The sun was as a blue star placed in a white moon bright as the Star of David. “Come away from this sacred event you stranger to this world!” I gazed at two crocodile type creatures that were speaking to me with their minds.
I was not physically in the place only my higher vision gazed. Moreover, what was the “sacred event” of which the mysterious crocs spoke? The crocodiles stood in a stance like statues face to face as if they were going to kiss. “It is a time of passionate anticipation!” They spoke. “Either the gods will kiss or they will part ways their power un-joined. Their choice will change the destiny of all time and space. When the gods join it affects all worlds by their burning fiery fervent Love it travels through the ages.”
Their Love if joined will rend the veils of heaven and earth. We will all see the unseen. The spirits of the dead that linger on earth their work unfinished, all the fantasy creatures of the land, the fairies of light, the shadows of day, the leprechauns and elves all will be visible to the human eye. Come away sister of peace, come away I hear their sounds of might.”
I felt I should respect the creatures’ request and so I withdrew. I fervently hid from the creatures sight yet I remained hidden in their midst. I saw the two figures, the silken woman, and the rainbow god; they spoke to one another softly. “Come Mandolina sacred god of youth I have exquisite fruit from my vineyard, come and taste.” The rainbow god bid Mandolina “come hither”. She hesitated then moved toward him. They held out their arms to one another and then as they touched they literally became one. With translucent color, they appeared to blend as two ghosts in the night becoming one. Suddenly a loud noise like the sound of a trumpet straight from heaven knocked me far from my meditative state. I was no longer in that place I was back in my earthly vessel.

I gazed out my window to get an idea of what the weather was like. I spotted a small green fairy flying gleefully around my flowers. The small feminine creature was throwing color dust on the plants to brighten and enhance their tint. I was shocked, how is it I can see her I thought! Next, my little niece ran into my bedroom, “Aunt Suzanne” she screamed excitedly“, come quick, look outside at the seedling fairies planting seeds everywhere for next season!” We watched as tiny well-dressed men threw endless amounts of seed to the ground from a small pouch in their jackets. I stood in wonderment. I was startled but then began to understand what the crocodile creature meant when he said “The veil of heaven and earth would be rent.