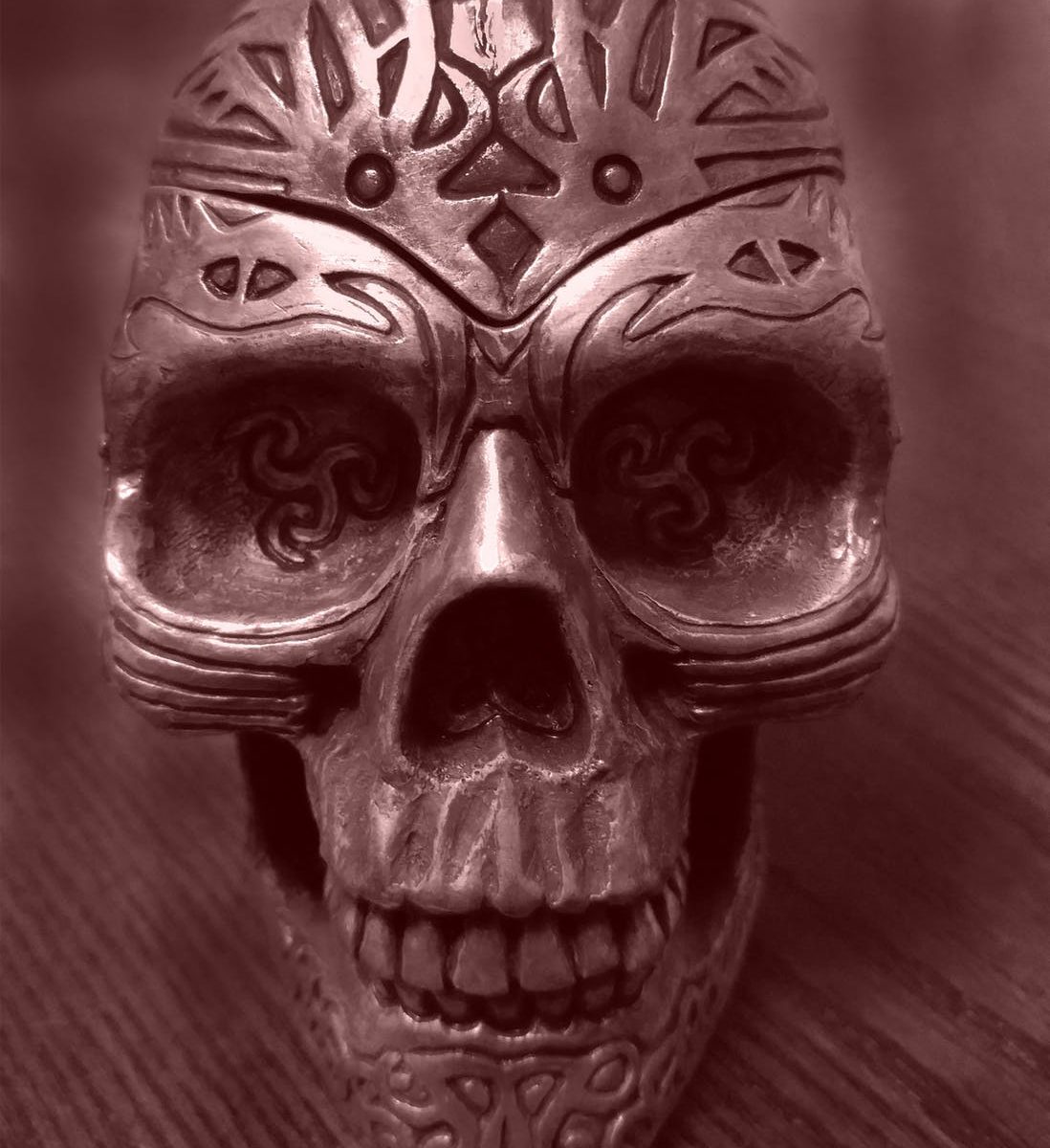 “It IS impossible for God to lie”. Period that means most likely Satan is he one who spun the strong delusion that God has allowed. Further more a strong delusion is a lie. Would God send out a pack of lies upon the Earth? Not my God The Creator of the heavens and the Earth. The strong delusion is the desecration of the Holy place, Thee Holy Bible. No longer Holy. KJV was the translation that had the most of God’s inspired words. Amos 8:11 & 12 have come to pass. Furthermore The abomination of desolation prophecy is nearly fulfilled.

From The Lord I bestow upon you a great mystery brothers and sisters.  The STRONG DELUSION is upon the Earth, this we know.  However many of us question the following:  Why is it that The Lord has given some of us the eyes to see that The Holy Bible especially the King James Version is being changed supernaturally on the shelves in both ridiculous and blasphemous ways while others cannot see?  Those who knew the KJVB yet do not see changes are literally being downloaded with a new history that is false and the lies of Satan.

Who would believe such a thing can happen?  Cognitive dissonance alone could blind the masses.  But for the learned to be blinded the supernatural sorceries are invoked.

The short answer “they Loved no The Truth” they chose lies over truth cause it was more comfortable and palatable.  They chose lies over Truth because of emotional reasons.  Crashing a paradigm is not easy emotionally.  We must have skills and tools to accept the things we cannot change and to change the things we can.  We must have an open mind, an ability to admit being wrong/humility, and we must revere The Father & Jesus OVER THE PARADIGM AND BOOK.  That my friends is the short answer.

Furthermore we must have the belt of Truth in place along w/the rest of our armor of God.  And we must not be slaves to our cell phones.  We must not be overwhelmed with wifi 24 hours a day. We must not be filled up with frankinfoods that are not foods.  And we must be open to learning about the beast system at large and at length.  Lets face it, this stuff ain’t easy breathren.  It ain’t easy.

The changes to those who knew the KJVB are blatant and disrespectful , ridiculous, and obvious, horrendous and unacceptable.

Also the KJVB changes follow a certain narrative.   Some changes imply to the reader subtle and sneaky transgender agendas.  While  other changes distort the holiness of Jesus and God by removing capitalization and proper word structure like putting “which” where it should say “who” when referring to Christ.

That rule was ALL THROUGH the KJVB as I remember it.  I worked very hard to follow that rule when writing my own book “Paradise for the Hellbound” [read free]

A Supernatural Author seems to be changing our reality with a pen and paper, or by keyboard to be more accurate coupled with a quantum computer and a hoard of witchcraft/sorceries.

It is believed by some that our world is literally being programmed by these heinous Bible changes as they occur. Meaning our world changes according to the topic of the Biblical change that has happened supernaturally called the Mandela effect.  As if a man is writing a magical book and as he writes it comes to life before us all.   Every change he makes on the pages of his book changes the world around us.  Sounds crazy huh?  Ya well, some think I am crazy.  Get used to it if your awake and see these mysteries unfolding before you.

Consider yourself special in His eyes because if your reading this you ARE VERY SPECIAL!

Why you see what others do not
WE ARE IN A WAR FOR OUR VERY SOULS–NOT A CHARISMATIC CAKE WALK.  We are warned in 2nd Thessalonians  2: 10 & 11 that God will send a strong delusion to those who have refused to Love the Truth.

There it is brothers.   This is how 2nd Thess. 2:8 should read,   “And then that lawless one will be revealed, whom the Lord shall consume with the breath of his mouth, and shall destroy with the brightness of his coming.”

Believe me it never said “by the Spirit of His mouth.”  Are you kidding me?

8 “And then shall that Wicked be revealed, whom the Lord shall consume with the spirit of his mouth, and shall destroy with the brightness of his coming:”

9 “Even him, whose coming after the working of Satan with all power and signs and lying wonders.”

10 “And with all deceivableness  of unrighteousness in them that perish: because they received not the Love of the Truth that they might be saved.”

They have been tampered with to push an agenda.  Notice for instance, the word wicked is capitalized when speaking of Satan’s man of lawlessness. While in numerous other verses Jesus is demoted in the writings by de-capitalization of “He” and “His”.  So it’s confusing.  We who remember the scriptures in Truth need to blend the two versions NIV and KJV to get the truth out of the writings according to our memories that we now must trust explicitly when it comes to the Word of God.  AND IT’S NOT GOING TO GET ANY EASIER FOLKS.

What does it mean to “Love Truth”?

As opposed to those who “Loved not the Truth”?   These scriptures are saying that, those who Love the Truth, and the Truth that IS The Word of God are not deluded.

We see because we have Loved the Truth. Yes God sent the strong delusion but verse 10 reveals that it’s the people who did not Love the Truth who believe the illusion.   We have studied the word diligently have we not?  It is written upon our hearts.

“And the truth shall set you free.”  We Love the truth so we are free of the great deception that has come upon mankind in these last days.   Even the truth HAS set us free from the lies of the evil one.  Praise be to the Lord God Most High!

“If you continue in my word, then are you my disciples indeed: and ye shall know the truth, and the truth shall make you free.”

By us who have “continued in His word” we have hid it in our hearts and it has kept us free from that strong delusion.

How dare they change God’s Word!

“In the beginning was The Word and The Word was with God and the Word was God.”  John 1.1

God’s is the same yesterday, today, and forever so then His word is also the same.    His word has not changed, but rather The Book, The man made Bible has been changed.

Hide the word in your heart.

These scriptures in Thessalonians have been ravaged in the King James Version.  However they are preserved in our hearts.

10″This evil man will come to do the work of Satan with counterfeit power, signs and miracles.  He will use every kind of wicked deception to fool those [who are on their way to destruction (and why?) because they refuse to believe the Truth that would save them].”

Meaning only those who are deceived and blind who Satan can fool are apparently on their way to destruction.    And I suppose those who never knew God’s Word to begin with won’t see the changes either, however God looks upon the heart.  If we have a relationship with Him in Spirit then surely He will not forsake us.

11″ So God will send a great deception (strong delusion) upon them.   And they will believe all these lies.  Then they will be condemned for not believing the Truth and for enjoying the evil they do.”

10 “and in every sort of evil that deceives those who are perishing.  They perish because they refused to Love the Truth and be saved.  11 For this reason God sends them a powerful delusion so that they will believe the lie.  12 and so that all will be condemned who have not believed ( or “Loved” KJV) The Truth but have delighted in wickedness.”

9 “Even him, whose coming after the working of Satan with all power and signs and lying wonders.

10 And with all deceivableness  of unrighteousness in them that perish: because they received not the Love of the Truth that they might be saved.”

Even my spell check knows this ridiculous word change “deceivableness” in the KJV is a blatant spelling error that was NOT there before.  Still we see here that “Love” is the key word rather than “believed” we Loved the truth!)  These types of changes are now ALL OVER the KJV Bibles today.  They were not there year, months, even days prior.

I saw the first change in 2007 when I was writing “Paradise for the Hellbound” which has reference to many scriptures and has also been changed on the shelf.

My theory?  The King James Version Mandela effect changes have been done by black magic to make the Bible and it’s truth both look bad and disappear according to God’s prophecy to us.

More on why YOU are chosen to see the Bible changes or Mandela effect changes here.

And with all deceivableness  (a made up word) of unrighteousness in them that (should say “who”) perish; because they received not the love of the truth, that they might be saved.   Should say “because they loved not The Truth”

And for this cause God shall send them strong delusion, that they should believe a lie:  FOR IT IS IMPOSSIBLE FOR GOD TO LIE, HE IS NOT AS A MAN WAKE UP!  Father does not send the strong delusion, Satan does.  Father sends end times signs and wonders in the skies, etc.

That they all might be damned who believed not the truth, but had pleasure in unrighteousness.  This used to read that they preferred lies over Truth, they loved not the Truth.  Therefore God allowed them to be deceived.  He did not deceive them.  One thing about the KJVB changes is this: The changes are contrary to the precepts of God Himself and HIs righteousness.  Furthermore the word DAMNED was never in scripture even though people used the word often.