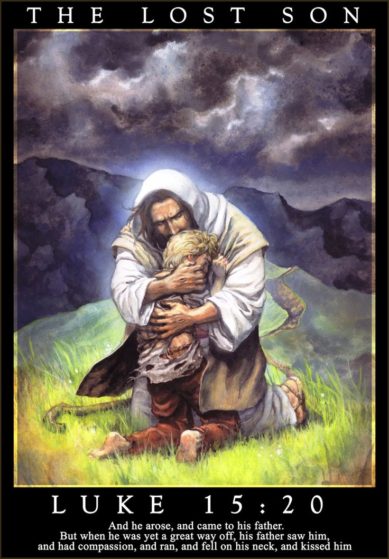 Why?  Why are many called but few chosen?

Well….the “chosen” come out of great tribulation in this life.  They are overcomers.

The majority of Christians and non Christians alike for that matter would not know a 144 chosen of God even if they were pointed out and defined for them.  Why?  Because church and status quo has bent the minds of the masses and set their brains on edge.

“But ye are a chosen generation, a royal priesthood, a holy nation, a peculiar people; that ye should show forth the praises of Him who hath called you out of darkness into his glorious light”.

The “called” have the same beginning tribulations and the same opportunities as the chosen but take a different path than the chosen.  The chosen, when buried in great perplexity seek God diligently, they put their faith in God heavily seeking relentlessly for deliverance by Him and they put their confidences in some carnal helps and resources.

Whereas, the “called” during these same initial perplexities put great faith in carnal helps and resources while putting mere confidence in God.

The chosen do go on to endure a much greater perplexity than the called for temperance sake.  He who sinneth much Loveth much.  The prodigal son has the experience with sin and satanic influence, even demonic oppression and possession sometimes to a point to later, after deliverance, know the enemy well enough and have attained the multi-gratitude to God for their deliverance to be steadfast warriors in Christ.  Warriors of prayer and a prayer life that most would consider Satanic or insane at best.

But Apostle Paul said pray in the Spirit without ceasing.  That would easily be considered insane in this day and age.  He didn’t shy away of the topic of “tongues”.   Christians who have never received The Holy Spirit Baptism will usually label “tongues” demonic or blasphemous, and fake.  The way tongues activity is portrayed on TV and you tube would make any programmed copy cat human run from such a gift.

However you can be certain of this, the rare & extensive gift of tongues will be the commonality of all the 144.  Not a once in a while fast and pray speak a few syllables in an unknown language..NO.   Many have spoken in tongues and all who have The Holy Spirit have the ability if they concentrate, fast, pray, seek God with their whole heart.  What I mean by “gift” of tongues is exceptional much more in depth than random tongues.  The 144 will most likely ALL have the extensive, speak fluently many languages, angelic languages and battle cries in TONGUES.

God has set His Prime to engage armies of angels by command in angelic languages.  Whoops I lost you there didn’t I?  Once I asked an expert on fallen angels why Apostle Paul mentioned speaking in languages of mean and angels.

Father does not randomly give info such as that.  The language of angels is a gift therefore it is not godly character nor is it praise worthy as if men are superior to those who do not have the gift.  Gifts are given unto men, period.  But certain gifts are vital to warfare in Spirit.

If your not battling in The Spirit your warfare is topical in these end times.

The Lord does hear our weakest prayer.  I am not discounting any prayer in any language.  You would not want to endure that which the 144 have been through.  Apostle Paul listed his near death experiences, his instances of being locked up, nearly lost his head literally, made fun of, cast out, mocked, near starvation, dehydration, diseases, abuses, and on and on.  Have you come out of great tribulation?

WAR, BATTLE, & EVENTUALLY END TIMES MINISTRY IS THE PURPOSE OF THE 144.

End times ministry is much different than regular ministry but you can bet the 144 have already engaged in several appointed ministries during their life.  Have you also had several different ministries to the down trodden and lost?

THE BRIDE IS ANOTHER SORT ALL TOGETHER.  Often the bride of Christ have the gift of Love.  They are much like the 144 except they don’t need all the excruciating warrior training.  They are the bride, they think and act like an overwhelmed with Love for God BRIDE.

They are new to Jesus.  Unlike the 144 who knew Jesus before they arrived on Earth.  The 144 are warriors, they will stand with Jesus at His return and help to bring the wheat into the place of golden harvest.

The lost sheep have wondered into a great cloud of strong delusion.  They have followed the authority into blindness to Truth.  They still have on their helmet but the belt and breastplate are hewn down.  They see not the strong delusion or the bible changes.

Nevertheless God will bring them in they will then go to their own little personal heaven’s a place of paradise and unknowing.  The tree of the knowledge of good and evil will be deleted from their DNA.

Why?  They prefer comfort over Truth.  The lost sheep will go to paradise.

The 144 will live with God and work in reality.

The Bride will also be with God.

Goats, wolves, and serpent’s will be sent below to serve their god.

There will be a great awakening during the final tribulation for the lost sheep  triggered many times by the preaching and miracles of the 144 primed.  When sheep repent and return to Truth and put their armor back on they will be also w/God and no longer lost sheep but rather sheep of honor.

So while the called show their priorities they actually spare themselves much tribulation by trusting in man greater than God. Why?  They are not sent into the baptism of fire and other training which the called must endure.  Yes, this is a paradox just as  the story of the prodigal son is a paradox.  Many think that coming out of great tribulation means the end times tribulation when referring to the 144 thousand chosen in Revelation.  But that is not what it means.  The great tribulation in life has prepared the chosen for their end times work.

The 144 thousand are all on the Earth NOW.  All of those called were candidates to be 144 it is their life choices that were the deciding factors when put in certain situations, how did they respond.  This is a matter of the heart.  The situations were very intense heart wrenching situations to be reacted to.  Thinking things through was not an option in many cases.  It’s not about being perfect, being the 144 is about reliance on God, Love of Jesus, and TRUTH, they must side with and Love Truth.  They are protectors of the innocent and cannot let a man be abused before them.  Their heart overrides their fear.  They are passionate in their faith and through great adversity drew nearer to God instead of away from.  Not to say they did not have their time of hiding from God.

Most will not believe or understand this story of Truth.

The called are still saved usually.  Back to the 144, they are “Prime” of Jesus because their heart can not be divided within itself.  Forget the whole “Israel, Jerusalem, Jews” thing.  Is God so shallow that He chooses people by color and race?  We are all the lineage of Adam.  The Bible is now in the hands of the wicked as are the churches.

Men have spiritual gifts, and they are miraculous.  But gifts are not character.  Character is in a whole other ball park and is of great value.  Man is allotted certain spiritual gifts if they seek.  But godly character is built one choice, one action at a time.  There is no match for its stance.  The road of the prime is his formation, he is clay.  His self awareness must be great.  He must be able to be trusted with great power and he knows, if its not faith, its not faith.  People want proof, if you have proof its not faith.  However some proof does come to us in the form of our gifts.  But character and faith are built not given, except “each man is given a measure of faith”.  On the “measure” do we build, not by spiritual gifts but rather by choices.  Not by being perfect but rather by relationship and being REAL with God.  See the difference?

Perfection is an illusion and self reliance gets in the way of spiritual growth.  Self reliance is the #1 reason people miss the mark.  Example: The very precepts of no unconditional Love or unconditional and the way we are raised tell us now we must pay God back by our obedience and works.  Its ingrained in us…but we can’t do it.  We MUST rely on God and be aware of our character flaw patterns and ….there are so many truths that must come.  It takes a lifetime to be “primed”.  And once we are, it is the time of the end…or well near it.

The 144 primed are already activated.  Within 4 years they WILL be called to a place of protection.  At that time there will be a cataclysmic breach in the ionosphere, a plasma event.  When that happens many will die.  The prophecy of 1/3 of men will burn shall come to pass.  It will breach the veil and in the night the demons will come.  The demons will be able to embody themselves in our realm threatening and scaring people horribly unto even death.  The antichrist will rise at that time.

The 144 will be the only ones who can fight and ward off the demonic influx at that time.  For this they are being trained now.  By visualization, faith, and by the gifts of Jesus Himself they will defeat many demons.  Maybe seven years of hell maybe 3 1/2 I don’t know.  I get the feeling its 3 and half.  Jazweeh has received the above information about the 144 for those who may still doubt their call or need more confirmation.  DARPA and HAARP will be responsible for the breach in the veil, they will pay for their dominance as their loved ones are ravaged and anchored away by demons.

The wisdom of Margarette the angel of Jazweeh.