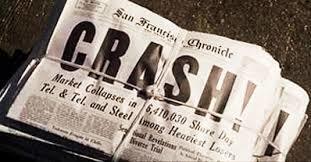 The prediction has not failed but THE DATE DID FAIL.  I apologize, it was an educated guess/feeling.  I thought it would happen.__________Angry Jane admits a failed prediction.   Remember we do not prophecy “thus sayeth The Lord” we only use informed guesswork.

The return of Christ prediction is for 2024 April 8th

Why do I still believe Jesus is returning?  Because The Spirit says so.  The intercessors are commissioned to announce His Soon Return in Spirit to all the world.  What they pray goes out in Spirit and manifests in the natural.  Plus we see the prophecies of Jesus coming to pass.

It is Still Prudent to Prepare for Anything

Save medications so you don’t detox too quickly and be subject to great fear and physical perplexation.   Stock provisions expect the financial crash that has been predicted by so many believers, preppers, prophecy experts, prophets, economists and more.  This is when and what Jazweeh received in meditation today.  We don’t know 100% if its accurate.  When allow for human error.  Perhaps its imagination.  It would be a relief if it were a false prediction in the hearing.

The end times are not going to happen as Christians expect.  There won’t be an anti=christ who has a sign of his head reading; “The Antichrist is Me, I have arrived”.

Know this, children are already being sacrificed by the millions.  We are already being poisoned by the food.  The shots the immunizations, the vaccines, the 5g, the 4g, the router, the cell phone.  The apocalypse is HERE full blown murder.

The Christians many of them are blind to what’s going on with their food and water and medications of black sorcery.  They don’ t know the image of the beast is the TV.  And that Trump is the antichrist as well as Obama.  We ARE in the tribulation now.  Its going to get worse but it will never look like its painted to look by the great harlot church and its contrived pictorials of obvious end times.

No!  Awareness is for those who are awake, those who see the crimes against humanity NOW.  Those who are at war in Spirit NOW, not those saying “we are waiting for the great battle”.  The battle IS UPON YOU DO YOU SEE IT?

I give a key.  Those who have become self aware by realizing they were programmed, abused by the beast system, became born again, received the Holy Spirit, and then were awoken from their sleep these are those who have undergone the process of self awareness.  If we don’t recognize the beast we are unable to defend from it.  If we don’t recognize the TV as the image of the Beast how will we defend from it?

Why is the TV the image of the beast?  Because Satan is the father of lies and NOTHING spews out more lies than the TV.

Why won’t the collapse come before 2021?  Because first Trump must get in for another four years, BUT, perhaps the elite will show us a movie, a pictorial of his apparent (faked) assassination which will trigger all kinds of U.S. uprisings maybe even small sects of civil war via right left controlled opposition paradigm.  This disaster, perhaps will be to somehow usher in the international leaders from abroad.  This is all guesswork in this paragraph and not part of the prediction.