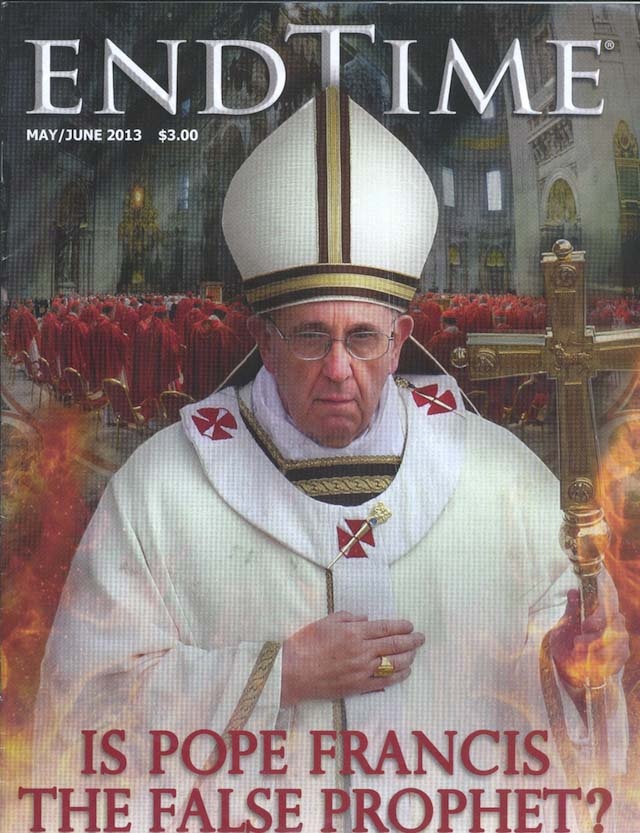 2# Vatican scrambles after pope appears to deny existence of hell

1# But first a side note about Jazweeh’s experience with a Catholic Prayer Meeting back in the day at a Catholic Grotto she used to frequent.

Jazweeh met a priest who spoke in tongues here is her story.

I went to a Catholic prayer meeting at the grotto.  A priest and two nuns were in the small prayer meeting and looked on as I spoke in tongues in the very same dialect as the priest.  The Priest asked me “where did you pick that up at”?  What an odd way for him to question her gift she thought.  She answered him “I received the gift at a little Baptist church in the meadow that drew me in.”  The nuns heard her pray in the same dialect that the priest prayed in.  They looked on in utter confusion.  Jazweeh, the woman I speak of, said she could only assume that the nuns thought the gift was only for male priests or for Catholics only, or who knows why they were confounded.

They put their hands on Jazweeh’s back and began to chant silently.  Jazweeh felt evil and confusion coming off the nuns.  So she took their hands off her back and would not allow their lecherous chants.  She felt they were evil.  Jazweeh’s spiritual teacher at that time later told her the gift of tongues is used for both evil and for good depending on who is wielding it.  Satan departs the gift unto his chosen. Just as God imparts the gift to His chosen few.

All due respect to POPE FRANCIS who has DENIED HELL

In March 2018 Theguardian.com reports the following quote by Pontiff Pope Francis the favorite pope to the sinner.  If Francis has any say at all believers will seldom entertain the fear of God that purifies our very soul and is akin to reverence and great respect for The Most High God King of Kings Lord of Lords.

The Guardian reports, During the meeting Scalfari (the reporter) asked the pope where “bad souls” go, to which he was quoted as responding: “They are not punished. Those who repent obtain God’s forgiveness and take their place among the ranks of those who contemplate him, but those who do not repent and cannot be forgiven disappear. A hell doesn’t exist, the disappearance of sinning souls exists. end quote

Pope makes it sound like your soul will just be deleted.  Remember these Catholics are the one’s who wanted to keep the Bible away from all of humanity.  They are responsible for killing more true believers than Hitler killed Jewish people.   Now they rule in secret.  They learned from their past blunders.

Clearly this seemingly false prophet contradicts both The Bible and The words of Jesus the Savior and Messiah on a regular basis.  Who is this man in sheep’s clothing who disobeys the laws of The Most High?  Surely he will meet with a soul searching that he won’t be able to avoid.

How is it people believe Satan could possibly win out over the creator of Heaven and Hell.  That their technology might save them?  Believe me little children, Hell is real, I have seen it in a dream vision.  What’s more purgatory is also real.  Is it not funny that Francisco defies his own Catholic doctrine as purgatory being the top level of Hell?  Now he says there is “no punishment”?  My my my, I did not write the book but I have read it over and over and over.

The Bible is changing so learn quickly the true scripture while they are still available to be consumed.

“There shall come a famine upon the land not of food or drink but of the Words of God.”  Also People will run too and fro seeking God’s Words but they will not find them.

11Behold! the daysare coming,” declares the Lord GOD, “when I will send a famineon the land— not a famine of bread or a thirst for water, but a famine of hearing the words of the LORD.

12People will stagger from sea to sea and roam from north to east, seeking the word of the LORD, but they will notfind it.

Listen here!  I must share this story that has stuck with me for years.