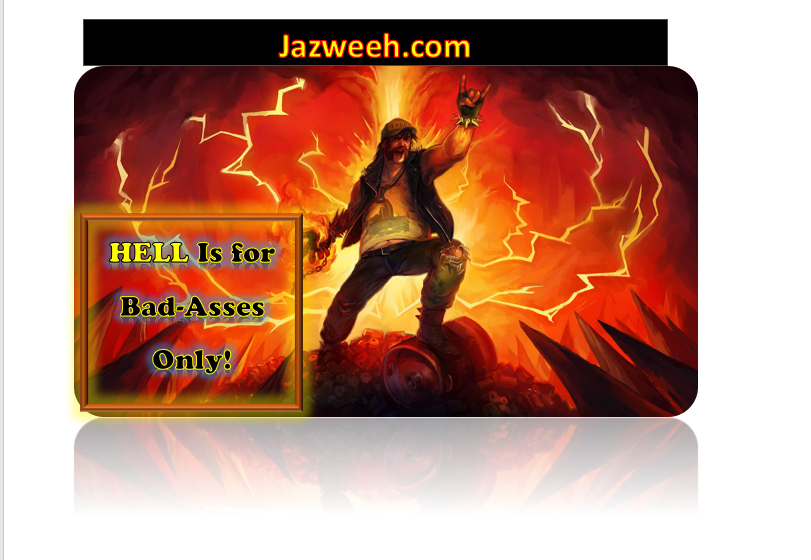 The Land of shadows.

The Land of Shadows is for the worshipers of Baal.  You may say “oh, nobody worships Baal these days”.  First let me define Baal worship.  Any God that is NOT either The Most High God The Father or The Son Jesus Christ who is worshiped by humans is considered “Baal”.  It is a “strange god”.  If you reject Jesus and are not born again, yet you consider yourself spiritual and maybe you call God “the universe” or “the great spirit” or “higher power” or anything along those lines and are not given to The Word of God who is Jesus Christ then you are a Baal worshiper.

The Land of shadows is a very murky place.  Think “Golem” from Hobbit movies.  The souls there are very dark and full of fear.  There are many shadows about.  Even though there is a sun and light all the time the souls there hide in fear from that light.  They cannot stand the light.   This isn’t Hell it is merely this; God has allowed the New Age believers to have their God.  The “no judgement ever” god of the “do as though wilt”.  There’s no worries of repentance with the shadow god.  No plan of salvation needed.  But the afterlife sucks.

There were building like old cement huts lined up one after another.  No glass in the windows but curtains over them.  Behind the windows all I could see was black.  I was not about to venture into those buildings.  I saw stairs and felt the shadows.  I saw the sun and received the scenario in a thought.

My own personal heaven

#2.  Number two after life place is for those who are pretty good people.  They live by their conscience.  They don’t normally hurt anybody,l.  They don’t murder people.  They even believe in God but they have rejected His son Jesus and the plan of salvation.  For whatever reason they just cannot stomach the name Jesus.  They have never sought God with enough fervor for Him to reveal His Son to them.  After all, that is all it takes.  When one seeks God with their whole heart they get led eventually to Jesus.   But these have rejected the name of the Most High God called “The Word of God” or Jesus, the Messiah, Savior, Emanuel.

This place is for those who do believe in God and have prayed to Him but not sought out His face in desperation.  They have not been born again.  God did not put a new heart in them and open their eyes.  The place that they go is very peaceful.  It’s definitely better than the land of shadows.  People there are in great peace and comfort.  There are “no more tears. there.

It could mimic a beautiful Earth scenario before Earth’s corruption.  The Lion lies with the lamb and there is no death.  It is a good place to be.  And it’s much better than being human in many ways.

The problem with this place is that higher truth and knowledge are absent.  Its more like a dream state reality where people made their own personal Heaven because they could not accept God’s truth and the plan of salvation He provided.  So they don’t get to learn more of God’s magic and wondrous truths.  They cannot excel and progress spiritually because they won’t accept basic truths in scripture and truths that Jesus imparts to His sheep to begin their spiritual learning process.  Jesus said “My sheep know my voice”.  These people don’t know His voice.  But they do know God to a point.  Otherwise they would not have serenity, immortality, and peace.  They won’t go on to have jobs working with angels, spirit guides and “just men made perfect” such as with Enoch and Elijah.  They preferred their own version of God’s story rather than studying to find themselves approved with scripture.  And they did not seek God at length.  It just wasn’t something they craved.  I don’t know why some hunger and thirst for more Jesus and others just don’t feel they need that much God.

But apparently since they at least prayed and believed in the Father, and at some point were touched by Him they are not thrown into Hell or the Land of shadows.  Also they will have another chance at salvation through Christ in 1,000 years.  This is an opportunity to be awakened from “sleeping in Christ”.  Yes these are the sleeping even though they have a reality at work and daily lives.  It’s never dark in this place.  The light of the Lord is bright enough for their eyes.  They are asleep at soul level yet in great peace and active.  They may be “the great hunter” or “a little girl with lion and lamb” it just depends on their idea of heaven when human.

You may think that it’s unfair, doesn’t the creator get to make the rules?

Hell is real and it’s just like Dante’s Inferno photo I saw once.  But there is also a purgatory.  Purgatory IS VERY HARD TO GET OUT OF.  Purgatory is for believers who have pissed God off somehow.  Un-confessed sin perhaps, I don’t know all the details.  Just stay right with God and your own heart and you won’t go there.

Hell is a place evil men are actually more comfortable.  They hate the light and wouldn’t want to be near it for eternity anyway.

The abode of The MOst High Creator read about in Revelations 21:1+

This has pearly gates massive and beyond beautiful.  There are guardians of the gates.  There is alot of precious crystal that does not corrupt that it is made from.  The vibration is holy and God dwells there on His Throne of Thrones therefore no one can enter with sin hanging off of the   Darkness cannot survive in Heaven.  There is a brotherhood there that is beyond any love of man and woman.  There is transparency to see the heart and intents of one another.  The mansions are on the outskirts and there are many different realms to enter into including the place for guides to speak to their prospects.  These prospects have an important calling along with choices that will save their very soul.  God gives us chances on earth to live when death is at hand.  He allows us grace periods to see when we are blind.  And there are windows of opportunity literally and spiritually that we can feel in our heart of hearts.  For instance, if we were an addict in need of deliverance, a window would open in a day or 24 hour period in which if we made the right choice sobriety would come much easier and with momentum toward good.

Windows of opportunity from Heaven must not be ignored.