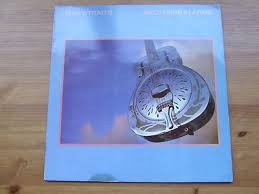 The Man’s Too Strong
Dire Straits

I have legalized robbery, called it belief
I have run with the money, I have hid like a thief

Rewritten history with my armies of my crooks
Invented memories, I did burn all the books

I have lived behind walls, that made me alone
Striven for peace, which I never have known

“I have legalized robbery, called it belief”  There you go your money directly attached to your belief.    The great harlot asking for 10% lest you “Rob God”.  Their favorite propaganda script besides the 10% tithing.  But what about what Jesus said, “give from your heart.” Or don’t.  I suggest if you give or tithe that you give directly to a person who is in need.  God will present that person to you. Hand them money for food.

This song really needs no decode its as it says it is.  Nothing hiding away.  The only decode is that this is a real person who works for the high level war criminal officer of “war for profit” of the criminal beast system.

What is revealed here that does need addressed and few will believe is this.

Listen closely to the way Mark Nophler says “confession“.  Please hear my CON-fession because this is one of the cons of the masses being exposed.

The American people and the world are all being coned by the “haves”.  They take all the land and all the money then tell us the earth is dying and over populated and its our fault.  When in all truth they create and supply worthless plastic throw away after 6 months or less, products & the consumerism by TV mind control to trash the Earth with no remorse.

The real con though is the lie of who they teach us we are by education etc.  Most have no idea of what their heart speaks.  They had to shut it down after it was broken by the beast at an early age.  https://recoveryfarmhouse.net and .com have lots about the broken heart by programming and how to recover from it.

I did burn all the books.

He says he is an aging drummer boy

Your sister gave me diamonds and I give em to your wife.  The greatest of emasculation to a man.  That is what the beast does.  He knows where to hit hardest.  The sister and the wife.

How prey tell does a man invent memories that are false yet the masses believe as their own.  Furthermore they have anchor memory details of falsities that the elect have no memory of.

While the elect have quite different histories to tell by their memories. There are now two different groups of people on the earth.  The goats and the sheep.

Many are called but few are chosen.  The few see many changes to vocabulary, spelling, sacred books, movies, titles, corporate logos, proper nouns, names of products, and on and on geographical changes, changes to the human body.

We call these changes Mandela Effects.

Does this mean that all who see the many Mandela Effects are the chosen few?

No I think not.  Some see the changes to reality that are categorized as “end times signs and wonders” sent forth by God so they can realize God and the supernatural are real.  And they will now seek God with their whole heart.

Other changes fall under the heading of “strong delusion” they are deceptive signs and wonders such as the KJVB supernatural changes that are on-going.  Some Christians see the changes while other/most do not.

Quite possibly if you knew the scriptures that were to you God’s inspired words then you have them written on your heart because they agreed with your heart and you just knew they were sacred Truths from God.  And they are.

Since you know the voice of Jesus, you also know that the book(KJV & all versions) has fallen to Satan and is changing into a book straight from Hell.  By over 75% already the book has changed.  Amos 8:11&12 are being fulfilled quickly.  And like labor of a woman the shifts are increasing in rapid succession as time moves closer to the Great Tribulation.

My Sheep Know My Voice

“My sheep know my voice when the wolf speaks they do not recognize it as the voice of their shepperd.”  Little did we know that teaching by Jesus in the gospels was a prophecy of the KJVB changes.  Therefore we have two categories of believers.  Those who recognize God’s voice and those who believe that the voice of the wolf is God.  This is the strong delusion that they believe the lie.

The second group of Christians are those who are blind to the changes and have had their memories “invented memories” as the song mentions.  “I did burn all the books”  Know this, all sacred books included the Apocrypha have also been changes.   Therefore you could say, “the books are burned”.

The beast is doing this by emf that connects to the brain passing the blood brain barrier changing history itself one memory at a time.

There is another group of people who scream “same as it ever was, same as it ever was” and if they come in contact with this information they will proclaim it is those who see the bible changes who are under the strong delusion for they insist “the book has not changed it has always read that way”.  Even scholars, preachers, teachers, those who reference, cross reference, study, obsess and capitulate even idolize the book swear it has in no wise changed.

Alternative Definition of the Strong Delusion