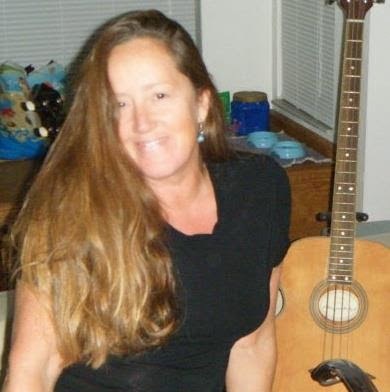 A testimony of Laura E. is heartfelt, steeped in Love and shows the power of Jesus first hand in a life that would never have survived and a soul that would have been utterly lost for an eternity without Him.

I do most of the writing on Jazweeh.com and danaashlie.com

My Story in Brief.
My doctrinal statement.(testimony) Also in the name of transparency you can see my 5 part testimony on ParadisefortheHellbound on youtube channel.
Laura E is my name.

Jazweeh wishes to remain anonymous however.

Each man has the right to reach his own level of incompetence.  That’s what mom taught me.

Mom’s statement, to us really means that myself and Jazweeh do not… well, try hard not to judge and do not openly judge people for their beliefs. We believe in freedom and the golden rule.

My God is The Father whose Son is Jesus The Christ, Savior. I fear I will lose you as a reader if I share my history of Faith. But I will.

I was born again at the age of 27 through reading scripture and prayer.  I have been an avid KJVB reader for over 35 years with helps.  I started “Paradise for the Hellbound” based in scripture before the bible changes while locked up in country jail in 2006.  This was the end of my prodigal walk and the beginning of my renewed Faith.(more on that in the book).

I was delivered from immorality. I received The Baptism of The Holy Spirit 3 years later in a little Baptist church that I was drawn to after services by the laying on of hands and prayer.
I received supernatural gifts.

I spent 1 year as a student to a woman called “Sister Petty” who taught me of The Holy Spirit in a kind of Pentecostal way.
I have been healed by preachers by the laying on of hands.
I was given a ministry to strippers and prostitutes for 3 years. God prepared the hearts of women to hear the Love and Truth of Jesus. It was amazing.

I have been delivered from certain immorality and drug addiction bondage by the laying on of hands and prayer.
I later spent years as the prodigal son in a back-slidden state. Through it I learned just how deep Fathers Grace and Love run. And I learned not to judge others by it.
I was re-delivered from sin.(2006 previously mentioned)

Pretty much the worst parts of the bible came upon me, 6 more spirits. I NEVER quit praying and never lost faith by the Grace of God. All things work for the good to those who Love The Lord.

I went to AA and learned tools to stay sober and began therapy to find out who I was/am.
These helps were tremendous in my walk of overcoming. I found that the deepest and most rampant deception of all is self deception. Perhaps I generalize too often.
By getting to know me I was able to approach Father with greater Truth.
I spent years working through deep painful core emotional issues. A past that was affecting the present had to be released. I processed a life of pain.

All the while my primary gift was intercessory prayer.  Deep burdens for souls were common to me.  I spent years on my face.

I was activated and awakened in 2017 to the beast system.  Intercession for souls abruptly stopped.  The age of judgement was here.  The parable of talent became a prophecy fulfilled as gifts were traded off from those who did not utilize them to those who do.  And also the gifts changed to a end times use.

Again many changes in my life.   One being I no longer eat meat.

Since I am not a church goer anymore (I did spend years in choir, active in church, and do not believe in meditation as being evil, after all there is enough real evil to go around. Spent years in intercession, prayer and meditation. “Draw nigh unto Father and He shall draw nigh unto thee.”

Meditation in Christ is one of the absolute most valuable tools I have for spiritual growth.

I admit when I first started meditation due to programming I often covered myself with much protection. And this is a good thing because yes one can be lead astray if not protected.  Seek God.

Writing keeps me emotionally clear. Sometimes I get angry and writing releases anger and fear. Writing helps me understand me as well. I do write for others in hopes to share what I have learned. But also to me writing is healing.
Father has told me that there will come a time when the end times topics websites will be utterly sought out by millions. I know He wants me to keep the sites up.