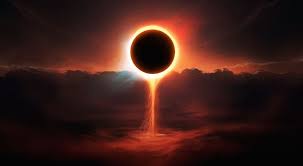 This article written Nov 11, 2018 has many updates See Rapture “Prediction Dates” Below.

and changes because some dates are dependent upon the free will of mankind and upon when all the sheep will make their move toward Father.

Furthermore I don’t think Jesus expected the hearts of the bride and the 144 to be so intent on coming home, He has taken pity on us who wait on Him, and shortened the days of waiting.  Remember Free will is choice so circumstances of end times fluctuate and change a bit from time to time.

This is a spiritually motivated  prediction based in visions, dreams, and prayer not a prophecy.

SIDE NOTE:  Follow the leader status quo mentality.  IF I HEAR ONE MORE YOU TUBER SAY “I AM NOT A DATE SETTER” I think I will cry.  Come on people quit with the status quos.  Status quo is how you are controlled by the elite.  Drop all status quos and learn to be who you really are.  Go to https://recoveryfarmhouse.com to find out how to recover from the beast system.

October 20, 2022.  THIS IS MY BEST GUESS FOR THE RAPTURE.  WHY THIS DATE?  Because of an out of body vision I had long ago..around 1989.   In the spiritual experience I was taken through a portal of lights then taken to Jacobs ladder.  The whole story is in my book.  Then I was sent back to my body by being startled by a comic “Grateful dead” skeleton .

I guess you guys are used to failed guesses.  Maybe there is not a rapture date.  If this is so then I must accept the will of God.  But, I really feel that a rapture of the few, the elect, God’s army, and those who go before the throne (who are blessed with the eternal spiritual gift of Love is nigh).  We shall see.  Below are my failed guesses.

I stand by this date-Jesus’ return prediction is still early April 8, thereabout in 2024.

Jazweeh’s Message from The Lord

“Jazweeh, when you see this black ball in the sky then it is the time of My coming”.

In all candor, this is not a definite prediction date as it is based in Jazweeh seeing a black sun.  Supernaturally that could happen any time.  But scientifically predicted there will be two eclipses of the sun in the next 6 years that she would be able to see from where she lives.  One in July 2, 2019 right around the corner and one on 8th-15th of April 2024.

It is true that no man knows the day or hour of our Saviors return. However The Holy Spirit does know and we believe He has revealed the day of His coming in these end times for us believers who are seeing so many signs in the skies & Godly signs and wonders.  Also happening are deceptive signs like Bible Changes & Mandela effect changing our history to a lie.  OBVIOUS to many is that the Strong Delusion is here.  That wicked one is standing in the Holy Bible.  The end times prophecy is fulfilled and its getting worse every time I hear NEW & BLASPHEMOUS BIBLE QUOTES.

This date prediction is for our comfort and our foresight.  We know it’s the end times.  Jesus told us to recognize the season.

Jazweeh was told that when she sees the total eclipse of the sun via North America to look to the Eastern skies.  And the Lord called it “the Eastern row” a term apparently used in ancient times that she herself had never heard before.  The phrase was her confirmation that is was not her own imagination or wishful thinking that created the prediction.

She has also predicted that the FINAL(3rd) rapture will happen on April 18th ten days after the eclipse in 2024.  The saints will battle or rather…annihilate the armies of the anti-Christ for ten days before we are raptured from the earth to forever be with our Lord in Heaven.

One for the 144 God’s army who were with Father before they came to earth to be born.  One for the bride who are new in Jesus. And finally the lost sheep are last.  Those who must refuse the M.O.T.B. that is the Back Scene. Or “The V”.

Apocalypse Kick off Event  (We are already in the Great Trib. I Believe, anyway)

Sometime well before 2024 the plasma event will happen which will kick off the end times full blown tribulation.  I predict the plasma event breach when demons breach the veil of the supernatural protection for earth will take place toward the end of 2020 BETWEEN- Thanksgiving of November 25th 2020 & 04-24-21 the kickoff event.  I have an updated prediction for the kickoff event which is January 28, 2121.

Some 144 may choose to stay and help the lost sheep of Christ.  The Bride is not subject to wrath tribulation.  But the 144 are raised up for tribulation big difference in their calling.  Bride is new to Christ.  144 were with God before they came to Earth.  They have already died at least once while on Earth (literally/temporarily) because they have already come out of GREAT tribulation in their lives on Earth and have already faced the sword and much more.  They were targeted and suffered greatly always seeking God through it all.

Who Are The Bride?  The Lambs of God.

The Bride is very very Loving not like the warrior spirit of the 144 who need buffeted by God Himself from time to time because of false pride and anger.  These emotions & character flaws are a human trait of a side affect of great spiritual power.  The flesh is unavoidable.

The 144 ARE ANGRY they share in the sufferings of Jesus because they see what others cannot.  They are alone.  The 144 are warriors.   Truth is their mantra, their strong station their hold of gold. Truth is their value and their safe place.

They know better & they fear to even tell a white lie lest they fall under the mass strong delusion at hand.  Not that they don’t know how to & why to lie, they are experienced with the lie and being the prodigal son years on end.  They know how lies serve men in the carnal while lies destroy men in the spiritual.  Truth is their armor.

144 we were all set to stay for the Great Tribulation and help the Lost Sheep of Jesus who are blind and have loved not the Truth to return to Truth.  BUT the report is that there has been a change of plans.  Free will does play into this.  Father has looked upon the hearts of the 144 as they are grieved and just wanting to come home.  My message is that He has decided to bring the 144 home for a time.  That they will not stay for the Great Tribulation.  The sheep will be helped in some other way.  Granted the plan is not written in stone because the dates depend somewhat upon free will, you see?  Things change because people change.  Circumstances change.  Father has allowed free will to flow through all of mankind therefore the dates are flexible.

The 144 were all set to stay for the sheep.  Even looking forward to the Great Tribulation but for some reason Jesus has said “NO!”  He doesn’t want us to have to endure any more death as we watch 10,000 at our right and 10,000 at our left fall.  Yes we would not be touched but the emotional impact would be great and would cause the elect more pain.  The elect have already come out of Great Tribulation….I think Jesus said “enough is enough” no pun intended with Trump.  I do believe the 144 will stay for 6 months of the great tribulation time.

Do you feel there has been a change of plans?

Jesus would have given us a solid date IF free will was not a factor.  Such great preparation.  Such an amazing plan of salvation.

Yet another prediction for 2024 https://jazweeh.com/prophecy/yet-another-2024-prediction-of-christs-thousand-year-rein/

Since this youtuber had the same prediction I thought I would post his video as well.  Once again YT removed this rapture video for some reason.  Disappointing the vid was removed.