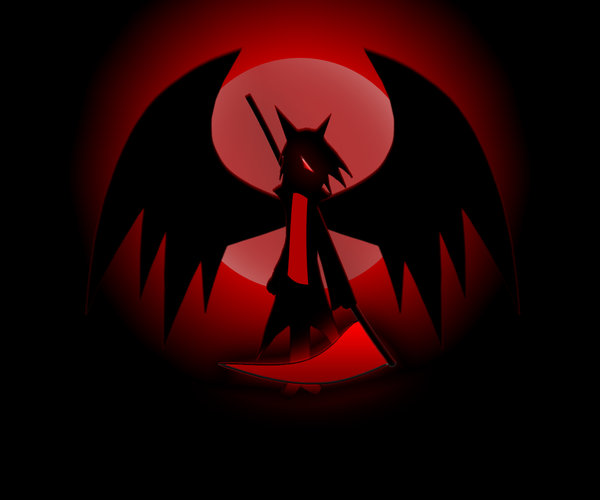 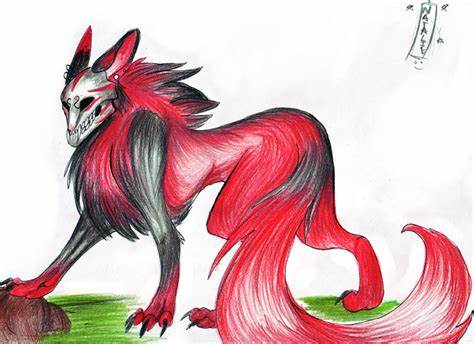 You can’t war against powerful demons w/marshmellow fluff angels.  It takes a scary looking being w/powerful attributes to crush the creatures of the dark forces.  God the Father Creator of Earth and The Heavens has such beings.

This day…the raging RIGHTEOUS demons of wrath have been loosed.  By looking you would think these type beings are of Satan but they are not.  They are beings set for end times wrath.  God’s wrath is not pretty. I do not know what else to call these beings except “righteous demons”.

They are loosed and they will cross the moon to be seen by men.  Men’s hearts will fail for fear of what has come upon the Earth.  The wolf demon sounds really scary.

How do I know they are loosed?  I could be wrong but I believe God has shown me this these creatures of the pit.  And by the way…the four horsemen are Father’s beings as well (I am pretty sure) See Leeland Jones .

Their purpose is to shock the sleeping sheep into waking up and seeking God with their whole heart.  And to punish the wicked soul, spirit, body.  When I say wicked I mean those genocidal, murdering, torturing, brute beasts who have NO I mean NO regard for the masses.  These wicked are in charge of poisoning us all.  They are privy to handing disease and pestilence as if it were cotton candy at the fair…which is poison by the way.

Think about it…if these sleeping sheep who do not see either the end times signs and wonders or the horrible and revealed beast system that is just slaughtering  mankind with poison food, poison ..everything…you buy it at the store ITS POISON.  Excepting those things that slip through the cracks of the major consumerism of agenda 21.

So while these demons wake the sheep they will slaughter by body, soul, and spirit the goats, wolves, and serpents of men.

Research food in the United States at length as I have and the crushing of the true farmers who gave a shit.  Why do you think they paid all the farmers more to NOT GROW REAL FOOD than to work?

Wake Up folks your in the midst of a holocaust that is far more cunning than Hitler’s playbook ever could be.

God is PISSED and I am glad He is…why?  Because the beast system has been revealed to me at a very deep and personal level, and I am also pissed.  I have no pity for these brute beasts who poison our clothes, furniture, water, food, and children straight out of the womb.

They justify it by saying there are too many of us, so slow kill time as they profit off their Cancer causing chemicals, radiation, & chemo poisons.  Mengala has got nothing on Del Monte.  Stalin has got nothing on Hasbro & their cursed spell ridden products.  They target our children with cursed objects that put them into bondage at an early age.  They brainwash and indoctrinate.  I say here here to the red and the wolf demons who will soon smite their asses and show them the door.  Your money cannot save you Pillsbury and Nestle…oh no, your money is useless now

I am not permitted to curse men but I can destroy their power demons and put them down so the elite lose their edge that is in the supernatural.

Does this men the gates of Hell have been opened….wait not Hell, the pit, the abyss where all the creatures hang out that should not be on the Earth except for an appointed time.  These are not the demons of Hell, these are the creatures who vindicate our Holy God by carrying out His Will for end days.

It is prophesied.  It is done.