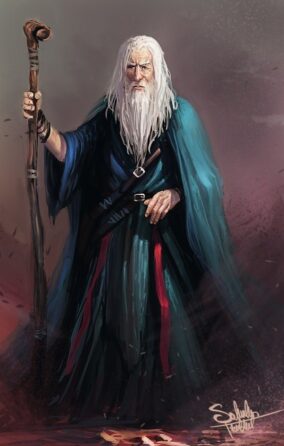 Jesus is The Truth & The Life & The Way Literally He is The Way out of Death, Hell & The Grave.

Once when I was learning under my teacher Sister Petty who aided me by the laying on of hands and prayer to receive the baptism of The Holy Spirit she told me a truth.

How I Received the baptism of The Holy Spirit

The Holy Spirit was imparted to me by 5 people praying over me with their hands on my shoulders and back.  I had spent years in bondage to drug addiction.  I had overdosed numerous times and spent some time dead.  I had been revived on more than one occasion from death with a stopped heart and not breathing and unconsciousness.

I have come out of great tribulation and played the prodigal for years.  I learned of God’s Grace when I was full of The Holy Spirit yet in relapse to bondage.

What did she Tell you Jazweeh?

Sister Petty told me this…if you are in deep spiritual bondage to something and you die, you remain in bondage to that spirit.  I wish I could say that my death proved her theory wrong because it is a fiercely scarey concepts to spend eternity in bondage to the same spirit that had my ass on earth.

When I died of overdoes by Cocaine injection I was not spiritually “saved”.  Did I believe in God?  Yes but not actively to produce fruit.  I had prayed a few times.  But I did not have The Holy Spirit, I was not water baptized, and furthermore I did not know The Words of God or The Word of God who is Truth.

When I died I left my body but I did not feel the out of body effect at that time (as I have felt) All I had was my soul and my awareness left.  My soul and awareness was deposited into a hard dense rock into the center it held me.

I knew that I was.  But I could do nothing of myself except think.  And my awareness was fading it seemed I was losing memories of my past life.  I was stuck in that rock and could not move and didn’t  even know enough to want to move…at least not yet.

My Second Chance at Human Life

When Mike gave me CPR I came to.  It was a fight to come back, I clawed myself out of that rock into my body.  Even after that experience I still did not seek God nor did I consider that I was in bondage and destined for Hell and the grave.   I suppose it was just too much for my emotional condition to handle or to view.

Jesus set me free from the law of sin and death.  Jesus went into the grave Sheol, He took the keys to death and hell and gives them freely to us if we accept what He did for us.  He died for us, YES.  But it was His trip into the bowels of the Earth that freed us from the bondage of death.  He had to die to overcome death that we too can overcome it.

Death is my servant.

How?  Death is an entity that looks something like this, for I have seen him in a vision kneel before me in subjection unto the Jesus in me.  The Way, The Key.

If I die again which I doubt because we are in the end times now and I expect to be translated.  Death ushers me into the next realm.  Death is not evil or good, he just goes by the rules that God has set down for man’s afterlife.

The elite, the Luciferians, the New agers, and others do not want to enter at the straight gate being God’s plan.  The straight and narrow gate is welcoming and wide for those who accept Truth in Jesus.  Why do you preach Jesus, Jazweeh?

Because every miracle, deliverance, healing, enlightenment, epiphany and comfort that I have received has come by lifting up The Mighty Name of Jesus.

The corrupt bible now speaks of “Joshua the impaler”  Joshua never even had a book in the bible before the Mandela effect to my memory..  Praise the Holy name of Jesus.