Date Prediction was given 4-16-19 No Date for the Event except “Soon”.

Seaside Beach Luxury Hotel in Oludeniz, Turkey near ancient Ephesus & southeast of ancient “Gomer” and its surrounding beaches and nearby towns are marked for a wrath of God end times event VERY soon according to Jazweeh the predictionist.  Soon this event will happen.
Sidenote: Passover 2019 will begin in the evening of
Friday, April 19
and ends in the evening of
Saturday, April 27
Long story short, Because of an unjust war treaty in the 1920’s now modern day Oludeniz represents the spoils from the blood of innocent Christians who were murdered and expelled from their homes by a forced exchange treaty that let the Muslims from Greece move to the Christian’s land and homes in Turkey and the Christians were forced to go to Greece from their land in Kayakoy.

Furthermore, this is complicated but this article shows Turkey’s Ottomon empire exterminating like roaches Christians of various nationalities.

Submitted in support of a resolution recognizing the Armenian, Assyrian, and Pontic and Anatolian Greek genocides of 1914-23, presented to the membership of the International Association of Genocide Scholars (IAGS), 2007.

“It is believed that in Turkey between 1913 and 1922, under the successive regimes of the Young Turks and of Mustafa Kemal (Ataturk), more than 3.5 million Armenian, Assyrian and Greek Christians were massacred in a state-organized and state-sponsored campaign of destruction and genocide, aiming at wiping out from the emerging Turkish Republic its native Christian populations. This Christian Holocaust is viewed as the precursor to the Jewish Holocaust in WWII. To this day, the Turkish government ostensibly denies having committed this genocide.”  See Article

I just watched “The Promise” a story about the genocide of Armenians.  But the story clearly leaves out that the killing was really about ridding Turkey of Christians.   Still trying to hide their evil and motives after 100 years.  No wonder God is pissed and going to put a stark wrath of God event upon Turkey’s most prosperous and ritzy industries.  God will hit them in their pockets.  I must believe that all things work together for the good to those who Love The Lord.  If any believers are hurt in the event their body is not who they are…God will bring them unto Himself and any other innocents if there are any.  I am thinking of the pleas of Lot…”what if there be just one innocent Lord, in Sodom & Gomorrah?  Would you then stop your plan of wrath?  God refused Lot’s pleas.  After all God created mankind and He can do with us as He wills.

There is way more to the  than I realized when I wrote it.  Come to find out In Revelation 2:12, we read about one of the seven churches, “the church in Pergamum …where Satan’s throne is.” The ancient city of Pergamum, or Pergamon, was the center of pagan worship in Asia Minor.   Satan’s Throne was moved to Berlin Germany in the thirties.   6 Miles away from Oludeniz was the seat of Saton and lies the temples of the Roman gods.  This may be further reason that “A Wrath of God Event” is predicted for this area.

Turkey kicked out its own Christian citizens in the treaty, so it makes sense for the wrath to be on Turkey where those Christians had their homes and land now used for the spoils of their own people.

My guess is the Greek and Turkish war time treaty in the 1920’s was much more violent than history is saying.  (see story below) Oludeniz  with it’s valuable beach resorts and ritzy hotels are now a Seaside vacation spot for the wealthy. And the victims of oppression, violence, and rage lived in the neighboring town of Kayakoy the victims of wartime crimes according to Jazweeh’s prediction and history.  “Vengeance is mine sayeth The Lord”

Apostle Paul did most of his travels and ministry in this area by the way.

HERE IS WHAT HISTORY TELLS OF THE TURKISH EVENT

“Formerly known as Levissi, Kayakoy was a thriving community of some 10,000 peaceful people until the early 1920s. Both Anatolian Muslims and Greek Orthodox Christians had lived there in harmony since its origins in the 14th Century. But in 1923, at the conclusion of the Greco-Turkish War of 1919-1923, Kayakoy was suddenly emptied of its 6,500 Christian inhabitants: both Turkey’s Christian citizens and Greece’s Muslims were expulsed from their homes in a population exchange meant to ensure that each country had only one main religion. Levissi became known as Kayakoy, or Rock Village.

The massacres of Greeks and other Christian minorities in the Ottoman Empire during World War I (1914-1918) led to the almost total depopulation of the town’s 6,500 Greek inhabitants by 1918. These former inhabitants became property-less refugees in Greece, or died in Ottoman forced labor battalions (cf. Number 31328, an autobiography by a Greek-speaking novelist from a similar coastal town in Turkey).

Following these events the Allied victors in World War One authorized the occupation of Smyrna, which still had many Greek inhabitants, by Greece in May 1919. This led to the Greco-Turkish War of 1919-1922, the subsequent defeat of Greece, and the Treaty of Lausanne in 1923. That treaty contained a protocol, the Population exchange between Greece and Turkey, which barred permanently the return of any prior Greek Orthodox refugees to their homes in Turkey (including the previous Livissi refugees) and required that any remaining Orthodox Christian citizens of Turkey leave their homes for Greece (with an exception for Greeks living in Istanbul). This treaty also required that Greece’s Muslim Turkish-speaking citizens permanently leave Greece for Turkey (with an exception for Turkish Muslims living in Greek Thrace). Most of these Greek Muslims were used by the Turkish state to settle its now empty Greek Christian towns, but Greek Muslims did not wish to settle in Livissi due to rumors of ghosts of the Greeks killed there.[1]

The ghost town, now preserved as a museum village, consists of hundreds of rundown but still mostly standing Greek-style houses and churches which cover a small mountainside and serve as a stopping place for tourists visiting Fethiye and nearby Ölüdeniz.”

Okay clearly that article doesn’t add up.  It’s making it sound as if Turkey won the war and made the exchange treaty but yet it kicked out it’s own citizens and took in Muslims from Greece?  Sounds like a plot and my guess is the Christians never made it to homes in Greece, from Turkey.  Crazy!  Sorry you will have to research this all I know is the prediction and the why.  I trust that more than any history given.

WHEN WILL THE WRATH OF GOD EVENT TAKE PLACE IN TURKEY?

I do not know the date of the wrath of God event but my spirit says very soon.    This info came by a process of Godly focus and connect the dots.

The reason for this event is the ousting and abuse of Christians from KAYAKOY. 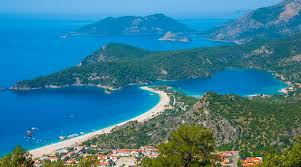 Do NOT rent rooms at this hotel this year 2019. 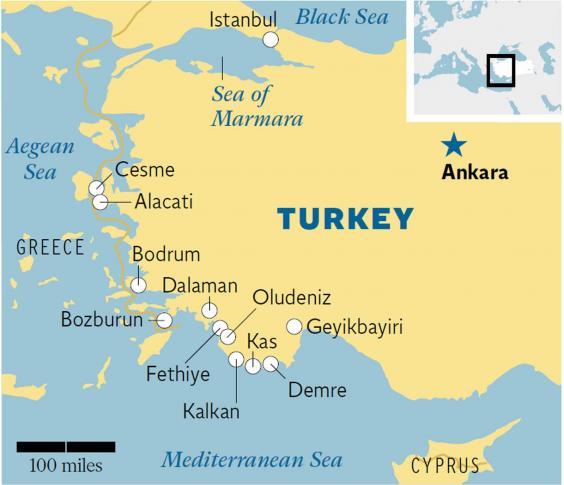