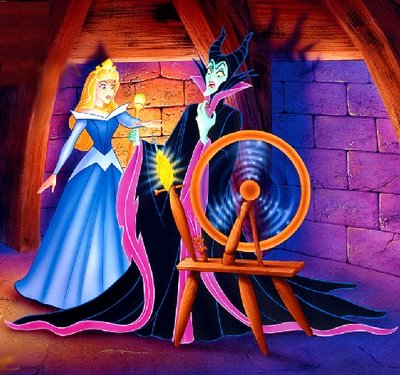 What is the song “Whiter Shade of Pale” telling us?   Music spinning a web of truth in plain sight while the beast system tells us the big lie.

Death Comes to Us All.  Some sooner than others.  Some more than once.

I can’t believe I missed this.  Just hit me 10-1-21.  The theme of the song is human sacrifice.  The vestal or festal virgins…sacrifice a virgin.  Then there’s her face just ghostly turned a whiter shade of pale.  Then there’s the guy saying, thou his eyes were open they might just as well been closed.  Seems he was present during the sacrifice.  Perhaps it was his own indoctrination or initiation into the land of sick and famous.  “ceiling flew away” sounds like a hanging or a decapitation.  She said there is no reason…no reason to live on this earth.  Sounds like he tried to talk her out of it.  And who and what is a miller?

“Satan wishes to sift thee as wheat but I have forbid it to be so.”

The miller is the representation of evil.  Powerful evil man with lots of money to burn.  Perhaps he is a human flesh peddler.

2Th 2:11
And for this reason God has sent them a strong delusion,(what reason? They loved NOT the truth) that they should believe THE lie:

A Whiter Shade of Pale Think about that color, what does it mean?  =death illness

Procol Harum- Name of group is a mystery for those of us NOT IN THE KNOW we are the non elite =Insult “procol” is from the word “proclamation” and Harum =Slaves “To Proclaim ownership of the slaves by the minter.”  To proclaim words to the slaves is what Procol Harum means.

“We skipped the light fandango- Really? This tells us since we love the music just ignore the “light fandango” phrase, its ABOVE US after all
Definition of Fandango:

1. a lively Spanish dance for two people, typically accompanied by castanets or tambourine.
2.   a foolish or useless act or thing.=The dance of the beast & sheep of God
=We the masses are Inferior, we are the fools of the fandango (to who?  The elite, the minter, and the miller, see more).

I was feeling kinda seasick
But the crowd called out for more “The song isn’t about you” they say, =more distraction, deception, but it is about the masses who decisively “call out for more” self destruction to their own demise.  Even though the food causes Cancer and the Fluoride is poison, the pesticides and artificial food products, fake sugar, fake salt, fake oils w/hexane and on and on make us sick but we demand more poison more CANCER.

The room was humming harder=5g/cell towers/phones by radio frequencies blast us for years on end as all our ears are ringing more and more until we can’t stand up straight, phones send out microwaves & m. ovens leak and cook us from inside out, all unnatural frequencies “hum” in our ears and they say we have tinnitus.

As the ceiling flew away=2.4ghz penetrates ceilings and walls
When we called out for another drink
The waiter brought a tray, Do drugs be hypnotized like Procol Harum they say, it’s kool after all, to feel an illusion and be deluded.  Why?  They teach us that we the sheeple are inferior in the formative years our hearts are broken, they break us.  Then they mold us so we need to be like the pictures we see on the image of the beast (TV) to be kool=Deception & false truth which is “Status Quo”   Most don’t know they are broken and those who do realize it, really do not know the core reasons.  People in therapy rarely get past Mommy & Daddy.  But kudos to them if they get that far, its a process.

And so it was that later
As the “miller“ told his tale everybody knows this was “minter” (Mandela Effect changed word from “minter” to “miller”.)  So there you have it, the “minter” the banksters, those who mint our money are spinning the tales of deception of a false paradigm and putting to sleep the masses as he ode’s them into their slow kill.

But what about the Miller?  Well he’s as bad as the minter my friend cause in the words of Jesus,

“Satan wishes to sift you like wheat but I will not permit it!”

Says Jesus to Peter, that’s right, “the miller”, he who wishes to sift us like wheat, Satan, hates the children of God.  Off hand I am certain what they do to wheat is “de-nature” it and strip it of its nutrition but not before they poison it w/pesticides not to mention changing it’s DNA to God knows what, turning it to worthless flour with no nutritional value.

This product then put in every processed food on the face of the earth makes for the people you see at Wal-mart obese and disjointed.  This isn’t their fault, they are sheep who perish for lack of knowledge.  In this day and age you better research food at length and quit shopping at Walmart for food. = Truth in plain sight they are telling us “the minter’s tale” here and the “Miller’s Tale” is of death and poisoning.
Result: That her face, at first just ghostly
Turned a whiter shade of pale =More death

She said, ‘There is no reason’ The banksters don’t need a reason to hate God’s children they just do.  She is the sheep. And the sheep don’t know why they are obese and with Cancer “no reason” =Superiority of those in charge, ignorance of facts, lack of research, blindness.

And the truth is plain to see =Truth in plain sight if you research food you will learn.

But I wandered through my playing cards!!!!=SEE ILLUMINATE PLAYING CARDS PLANS OF THE ELITE IN PLAIN SIGHT. The minter has an array of diabolical devices he uses on the masses to lull them to sleep and death while the sheep lay down oblivious.  We are taught to not be “negative” by implication that spells “secret”.  Keep the beast a secret.
And would not let her be
One of sixteen vestal virgins Virgin blood sacrifice to the elites god.
Who were leaving for the coast =The minter will not leave the Bride of Christ alone he will distract her as the story of the lamps and the ten virgins to the bride of Christ story Jesus told, Bible.

And although my eyes were open
They might have  just as well been closed (“have” is a word insert was not in original song) obviously the masses are the blind sheep “although their eyes are/were WIDE open they might’hv just as well been closed”.  The sheep are heading to the slaughter house in a line without a fight=death and blindness

Footnote, “Peter, Satan has wished to sift you like grain” Jesus says “But I have prayed to my father and it will not be so”.  This verse has changed now we have Jesus Pleading in the NLT and the verse doesn’t even exist in KJV or NIV.  The good scriptures, the power scriptures, are fading FAST PEOPLE.  Bind them to your heart now before its too late to.

2Th 2:11
And for this reason God has sent them a strong delusion,(what reason? They loved NOT the truth) that they should believe THE lie:

11 And for this reason God shall send them a strong delusion, that they should believe the lie:
for they loved not the truth, that they might see and be saved.(bible change for it is impossible for God to lie, therefore Satan sends the dillusion not God)

What are the great Lies?

The lies are that Jesus is not the Son of God.  And that we do not need Him because we possess already a great gift of “Love”.   Therefore we are god. And do not need to rely on Jesus to infuse us with Love and cleanse our hearts so we can Love.  The lie is that we don’t need Jesus to walk in Love and truth. That we can be good all on our own and work our way to eternal life ignoring the plan of salvation given by The Father God Creator.

Lies and deception are put forth by the beast system and all it’s devices including the TV which is the image of the beast.  The TV is all about loving the lie.

I woke up with this song on my mind and I asked myself “What is it about the whiter shade of pale lyrics that has deep meaning to me somehow?”  The song has been speaking to me lately.  Not to mention I do enjoy the music of it.  It tells me there is a message in it that is truth, however it is hidden.  Also I believe all music that makes the grade of TV and movies is owned by the Beast system lyrics by design.  Each word has a purpose aimed at controlling the masses.  Also I believe the beast tells artists to a point what they must include in their lyrics…or maybe they just pick up a demon and that’s how they get these dark beastly songs of truth hidden in plain sight & prophecy songs of the 70s.