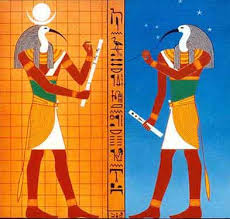 And you do not want to go there. 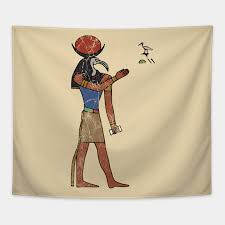 To the elite genocidal psychopaths who run the one world Gov. agenda who believe they can escape the halls by lies from Thoth.  Halls of Amenti (halls of judgement to wait) they think with a trinket they are promised power of freedom in the after life.  What freedom?

They think by gold trinkets they can pass into the eternity without being judged or ride the barge without a spiritual gift bestowed upon them.  I have already seen Rothchild wandering in the halls waiting for his judgement.  The halls of judgement and the barge of the crocodile headed man with the long stick are two different things.  George Sorros or whoever you represent, who pulls your strings, know this.  Your gold key or coin will not work anymore than it did for Rothchild who has seen wandering the halls waiting for his judgement and losing his memories and mind. __________Sincerely Jazweeh.

Thoth speaks of The Halls of Amenti in a somewhat desirable way as if he could make them his own and control what goes on there for himself.  After years and years of meditation, spiritual experiences, trips to Hell, death, and deliverance from death I have seen purgatory, yes purgatory of which I did not believe in till I went there.  It is the top floor of Hell which some are able to escape from going lower IF they in their hearts can finally repent.

A Trip to Purgatory

When I went there I found 3 girls and one man who were stuck there.  The man quoted the bible, he carried it around with him, he knew it inside out chapter and verse yet…he would not leave purgatory for he had not repented of raping a young girl.  He just had not the heart condition to repent.  The girls condemned themselves as deserving of the fate they were experiencing.  I told them they had not the right to condemn themselves.  Jesus forgave them and they were saved but they believed a lie.  Those girls left purgatory that night.  Even though it was just a dream still it was an out of body dream that was very real.  It taught me that I have not the right to condemn myself when Father forgives me.

I could go there now.  Once you meditate for years on end and begin to travel its east to go back to places you have already familiarized yourself with.  It getting the initial visits activated that are the tricky part.  Father doesn’t let just anyone visit the realms of the sacred and lost dead.  You must have humility and show respect to all souls.

The dead began to contact me to get out of the hallway.  But first let me show you what the hallway is like.  Its very dim lit with a bare cement floor.  Down the hallway it seemed as if there was a light at the end of a tunnel yet the dead walk and walk and walk toward the light yet never ever can reach it.  There are NO children in this place, no teenagers, just adults.  I don’t think I ever saw anyone under the age of 33 there.  Perhaps they have a separate place to wait.

The dead in the hallway of Amenti gradually also lose their self will.  They lose their hearts voice, their emotion, their motivation, they are as people who are asleep.  Its probably best that they become docile while they mindlessly wait in line year after year.  Before my revelation of Amenti I call it “The Hallway of Judgement” because that is what they wait for.  They are waiting to be judged so they can go to their next post in life.

Now I could be wrong if there are two supernatural hallways then I stand corrected buy I kind of doubt it because this identification of Amenti came to me as a revelation while watching a you-tube vidio about Thoth and the Emerald Tablets mentioning Amenti.

One other thing, this hallway lies beside the doors to Hell and Purgatory.  The doors to hell are fortified and impenetrable and they are attached to the hallway of judgement.

The dead began to contact me once I had been there, they wanted out of the hallway.  They can’t talk to me but they can send messages with their mind if they still are aware of how to do so.  I cannot send these dead souls to Heaven obviously.  So I must turn down their requests.

Why would anyone want to go to this place of bondage and sadness, its empty of all Love and Life.  Its dark and empty just like purgatory is.

Enter by the straight gate or do not enter at all.  Jesus is coming He is on His way, He is the Way, He has the keys to death and Hell therefore if you are in Jesus you too have the key to death and hell it cannot hold you in bondage, ever.