The Peace that Surpasses ALL EARTHLY UNDERSTANDING

I remember it this way:

“And may the Love of Our Lord Jesus Christ & the Peace that surpasses ALL EARTHLY UNDERSTANDING guide your hearts and minds into ALL TRUTH.”

Maybe I am misremembering eh?  Now the google go to definition of Mandela  effect is “False Memories”.  Yep just like that we are all considered dumb-asses who can’t remember much of anything in the Beast System’s attempts to explain away the “End Times Signs and Wonders” put forth by God Himself that men will wake up and be saved when they see history changed supernaturally.

Well Philippians 4:7 has lost much of its power whereas now it just says

“And the peace of God, which passeth all understanding, shall keep your hearts and minds through Christ Jesus.”

Most of the KJV Bible that was the most accurate of all translations written in poetic Old English, a literary masterpiece that flowed like magic, and the most powerful of translations is now corrupt and changed worse than them all.

There are new scriptures that say nothing.  The power is gone from the book.

“Zion” that was NEVER in the Old Testament is now being multiplied & twisted into a political juggernaut.  Zion U.S. propaganda promotes worship of Israel and likens the promotion of the very jewish Talmudic traditions that put our Savior to death back in the days of the Hebrew/Roman.

Jewism is a religion Hebrew is a person born in Israel or a language dead yet a fake version of Hebrew has been created.  Since “Zion” has been multiplied in the KJVB they have omitted the word “Hebrew” I only found it twice in one verse when Paul called himself a Hebrew of Hebrews.   The gospel is referred to many times as “our gospel” now.

Precepts of the Bible have changed over-all cosigning violence, and intolerance along with downgrading the sovereignty and omnipotence of God and Jesus.

Or perhaps scriptures promoting us to stay in our sin by “let him who is unjust be unjust still” were always there eh?

How about: “Line them up and slay them before me”, says Jesus of those who don’t agree with the apostles and Himself.  NO HE DID NOT SAY SLAUGHTER ANYBODY WHO IS NOT AWAKE.

Fear not The Lord is with thee.  His rod and staff they comfort thee.  The very hairs on your head are numbered and known by Jesus.  Do not fret the  M.E. changes to reality many of them are to wake up the masses that they may be saved.

End Times Signs and Wonders VS.  The Strong Delusion

WHAT IS THE MANDELA EFFECT REALLY?

There are a few main Bible verses that the masses knew and can see that they have changed like “The Lion and the Lamb” and “The Lords Prayer” Tresspasses to debts and on earth to in earth.  These three changes are pretty much all the masses can see IF they look.  Its not enough to jerk a knot in their tale to get on their knees and pray.  But IF they research further they will find quite the bee hive of changes if they are NOT under the strongs delusion.  If they are under the strong delusion they have dropped their belt of Truth that would have kept them safe.  Those under the strong delusion are only capable of seeing a few of the “end times signs and wonders” of our day.  This means anybody can see a limited amount of Mandela effects. The Monopoly man never had a monocle, Forest Gump’s lines have changed, Febreeze is now febreze really?  Luke is now “no”.   MANY OF US see these changes both the saved and the atheist alike even those who sleep see a certain amt of changes.  These common changes are end times signs and wonders to wake people up to the supernatural and JESUS.

Then there is the displacement of S. America far to the East.  And many more obvious changes to our environment, our bodies, corporation titles, brands, slogans, images and on and on.  These are all signs and wonders for you and I to know the end is near and Jesus is on the way.

WHAT IS THE STRONG DELUSION WRITTEN IN THE BIBLE?

Strong delusion is caused by the wheel with a wheel that is changing history on a regular basis.  Most do not see the changes, but some do.  These few people remember the real history rather than the quantum computers made up history produced by the great wheel.

Now…..Evil is responsible for the “strong delusion” being that it IS IMPOSSIBLE FOR GOD TO TELL A LIE”  Much LESS send out a whole Pandora’s Box of astounding Bible changes that defame Jesus and make God The Father appear to be some below average carnal forager. 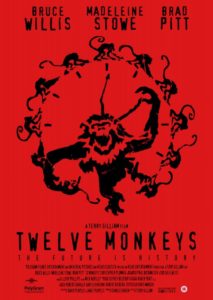 Without Faith it is impossible to please God.  It’s not Faith if its not Faith.  That is the rule….you don’t get the face to face with God because then its not faith.  You don’t get to pass go if its not faith and trust in a Spiritual Being who we deeply Hope for.  However He will give you massive evidence of His being and coming.  Just seek out the Baptism of The Holy Spirit if you want to be dazzled by God.  First ye MUST BE BORN AGAIN.  BORN OF SPIRIT.  Then put the flesh to death by allowing your Spirit many to rise up in you and guide your choices.

The “Strong Delusion” are the massive Bible changes that have corrupted the majority of the KJVB and continue to change it on-going.  The Strong Delusion is at hand.  The S.D. is in effect CHANGES TO OUR REAL HISTORY.   They are changing our history with a magic wheel within a wheel called “The Serpents Wheel”

The implications behind a bible that no longer exhibits God’s precepts but now exemplifies intolerance, prejudice, Zion worship, confusion, lust, blood lust, flesh, flesh eating, whores everywhere, blasphemies, cursings, fleshpots, God creating evil over and over and people read over these scriptures showing God “I create and do evil” and they don’t even BLINK about it.

Bible used to show God as Holy and righteous.  Now it shows Him as being “evil” and justifying it at every turn.  So now God in the Bible is the portrayal of Satan by another name is all.  And these so called “Christians” don’t even notice the book is now upside down and follows the beast system and its works.  The sheeple are clueless and blind.  I call them lost sheep.  It would have been better for them had they never known God than to know the Love of God and The Holy Spirit and turn from it God forbid.

God’s Grace is absolutely amazing, how do I know?  Because I was re-inhabited by demons after a deliverance just like the scary scripture shows them finding the body clean and swept therefore bringing in 6 more demons and the person’s condition is worse than before deliverance.  The very thing I feared most came upon me and I lived to tell the story by God’s Grace.

However God’s Grace is leaving the Earth Now.  NO!  That cannot be! What does it mean?  Read the article…yes we still have the gift of repentance BUT the outpouring of Grace as a gift as has been available to us longing this gift is gone and now being born again will not come so easily until the final year of the great tribulation at which time God will again pour out a temporal grace period.  This is the vision of Jazweeh… we could be wrong.

WTF are you kidding me?  NO!   I was delivered and then RE-DELIVERED from demonic oppression and demonic condition.  See the Vision of Jesus for that story here. 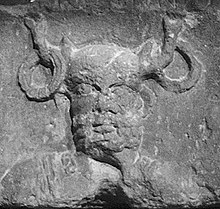