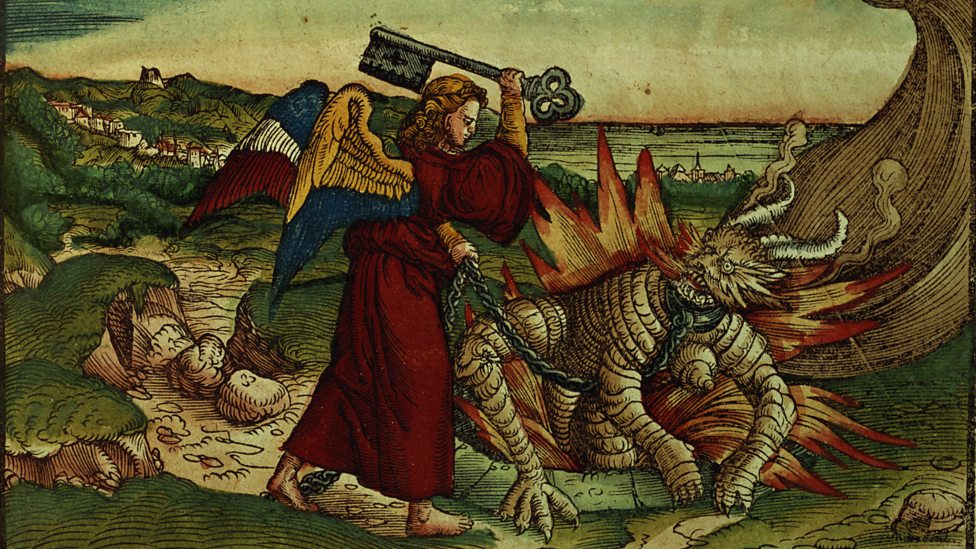 I Jazweeh had a vision when I was a small child in first grade or so.  My sister and I shared a small bedroom with twin beds at the edge of the hall outside the door me and my sister could see the staircase.  For about a month at night when getting close to being fast asleep my attention was drawn to the hallway.  At the end of the stairwell I saw a ghostly figure outside my  open bedroom door walking slowly up the stairs toward my room.  My home was comfortable and cozy.  I was tucked nicely in my bed with my sister sleeping in the bed beside me.  A woman in a long white wedding gown appeared from the stairway and walked toward me.

I was afraid, even though she did not appear threatening but rather she was beautiful, still I did not know her, it was very strange and so I feared.  I put my head under the covers as little children do and the woman in the long white flowing dress then disappeared.

The next night there she was again creeping up the steps.  She walked closer this time as I watched her flow across the floor.  I didn’t hide my head as quickly under the covers this time.  I got braver each night.  I waited until after I allowed her to enter our bedroom.  She walked slowly and quietly toward my bed.  Then, again, I hid my head and she disappeared into thin air.

This went on night after night for about 7 days.  Each night I allowed her to get closer and closer but not yet all the way to my bedside.

I knew I was wide awake during the visions.  My sister also began seeing visions during the same time period.  And she also clearly remembers to this day both her vision and mine which I shared with her at that time.  without question we were both awake.

There was a folded blanket at the end of both our beds set there for cold weather.  We lived i the northern Ohio winter snow.

One night during the vision period of our childhood, Brenda, my sister saw a scary dog laying at the end of her bed.  She screamed and cried it was very unnerving for her she exclaimed.  But I didn’t see the dog.  I got up and put my hand on the blanket at the end of her bed showing her “See Brenda there is no dog here.”  But that was not all she saw, she screamed “There are spiders on the doors and snakes!”  She saw a dog and also spiders and snakes.  I went to the door and rubbed my hand across it, “see Brenda, no spiders or worms here”.  She insisted vehemently “Yes there are!”  I know she saw them because she screamed for me to remove my hand from the door as she was concerned for my well being and that the spiders would get me if I didn’t move.

I didn’t know what to do for my sister but clearly she could not see the woman in white that I had been seeing over and over. Nor could I see her spiders, dog, and snakes.

I finally allowed the beautiful, and seemingly loving woman in white to get closer to my bed.   Each night as I lie peacefully in bed she came a little closer.   I was afraid but yet intrigued by her spirit and her beauty.  She was loving, I could feel her care for me.  She didn’t want to scare me at all but rather she wanted to be close to me somehow.

So finally I let her all the way to the side of the bed before I was compelled to hide my head again.  That was the last time I saw her.  And the rest of my days I wondered why had I seen her?  My sister saw the spiders and dog night after night till finally the visions stopped for both of us.  We told our parents but of course they assumed we were asleep having nightmares and dreams.

We both are well into our 50’s now and remember the visions like they happened yesterday.  You just don’t forget something like that.

Now I said all that to say this.  For years I wondered what the visions meant and I wondered why our visions were so different one from another.  This very day I have finally received the interpretation of the visions 45 years later.

It just struck me what they meant and I am both honored and saddened to know their meaning.  Glad because the visions are about the time of the end and the return of Christ Jesus whom my heart Loves.

But saddened because my own truth is not the same as my sister’s truth.  As it’s written in the word, “two women will be grinding at the mill, one will be taken up and the other left behind”  and so on.  By so on I mean the “Rapture” scriptures.  Look them up.

Now I do not pretend to know my sisters heart whether she knows God or doesn’t know God or if salvation depends on what one’s God’s name is or not.  I just know that for me Jesus is the one who answered my call of desperation and that my sister seems to have another title for her higher power.  But I am watching Biblical prophecy one after another come to pass and my faith in God is etched in the name Jesus.  The Bible says “by no other name can men be saved.”  I don’t make the rules.

The prophecy of my vision is this; there will be a [stronger yet] delusion (even stronger than the Mandela effect that is over our world right now) sent into all the land, far and wide to deceive the nations.  It will be a vision that causes men’s hearts to fail for fear.  People WILL DIE.  The delusion will be an illusion like the spiders and the scary dog that my sister saw on her bed.  These illusions will be all over the land and people will lose it over them.

I get the feeling that people will fear that which is “on high” as the Bible put it. And that there will be an illusion that comes in the skies.  If they say Jesus has come to the desert!  Don’t believe it.  If they say he has come to the valley, don’t believe it for as the sun rises in the East and sets in the West so also shall the coming of The Son of GOD shine forth in the Eastern skies. (paraphrased.)

But while the people of the Earth are seeing this horrible scary vision of spiders and snakes and scary dogs  God’s chosen, His elect will be seeing clearly His return on the clouds in the Eastern sky.

Finally I have received the true meaning of my vision, I must warn my sister.  I fear for those who don’t believe in Christ.  I fear even for those who are Loving and kind who do not know Jesus.  I wonder…will that Love in them be enough?  I don’t know.  I would not want to risk it, period!

Will my brother be saved who always showed me kindness?  I believe what God told me in His word that “God looks upon the heart”.  I believe that God will save those who have lived by their spiritual conscience that has always guided them into Love.  But, I could be wrong.

So what exactly will the unsaved be seeing in the sky?  I suppose it may be aliens of the intrepid variety that look more like giant bugs than friendly creatures from a neighboring society of life.

I suppose they will be viewing parasitic pestilence as we who Love Christ are seeing a wonderful and heartfelt return of our Lord and savior.  We will then be taken up I suppose, while the others will be left on an Earth that is to be transformed into Chaos.

I picture Volcanoes, pestilence, and great unavoidable sink holes everywhere while the abyss is opened up to reveal the lake of fire and wild creatures spring forth.  There will be Buzzards so large they eat man’s flesh right off their bones while running in place as the Earth moves below them.  The Lake of fire will rise up and the Earth will become a giant Hell of which no man can escape.

There will be people who have been turned to zombies by DNA tampering. There will be creatures that escape from the lock downs which were never meant to see the light of day.  These creatures will be mixes of every heinous variety.  Such as scorpion horses, spider buffalo, cattle-cats, tiger-bears, moth-vultures, monkey-black widows just imagine what those can do…Scientists will have no control over the very creatures that they themselves have created.

There is only one way to escape these horrific consequences of our evil doings.  That is to cry out to God and to seek The Lord while it is still light.