T.J. is a public U.S. Retailer and therefore must abide by public place U.S. LAW.  They are an “accomidations” category of service and NOT STRICTLY PRIVATE.

Once again Traitor Joe’s employees and managers are complicit today(9-1-20) in breaking state & right to privacy federal laws by discrimination and other illegal acts!

For example, stores cannot make up random policies that say we are allowed to beat people up in our stores and refuse service because of the way someone looks, or not sell to people in wheelchairs, or not sell to short people, etc! This is illegal!!

Employees and manager repeatedly attack and harass a 61 year old elderly woman for not being able to wear the muzzle over her mouth and nose. 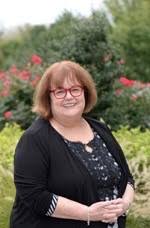 Repeated harsh persecutions from managers and employees at Gainesville, FL Traitor Joe’s store for not being able to wear a mask due to pre existing condition.  In spite of the pre-existing condition of a toxic laden fabric (as most fabric is) caused a dangerous Cancer, Sarcoma fibro-hystio Cytoma from carcinogenic fabric dyes used in the work place by by this anonymous seamstress. She is “not about to breath the toxic fabric” directly on her face after being affected by working with fabric in 2002.  She had a large tumor removed and took radiation before she knew more about that. (and other pre-existing conditions not listed)

“If we are to fear a disease fear Cancer” the statistics in 2002 were one in every two men WILL GET CANCER and one in every 3 women as well.  What do you think those stats are now?  And if they have not changed?  Then you know they are lying.  Fear the man made diseases killing so many and do a life style change instead of fearing the flu.  The real statistics ARE out there but it seems the society I live near prefers propaganda over facts.  They prefer the lies over truth.” Says Miss Anonymous

She is livid and concerned for her life considering her available food stores.    “How long till I can’t shop anywhere because of this mask imposition by other Americans who are urged on by newscasters and corporate mandates to attack those with a mask.”  Employees attack, mock, and stalk the 61 year old woman every time she tries to do her shopping without a mask at the Traitor Joe’s at Butler Plaza.

They taunt her “stand on the dotted line” they say, “get into the circle now ma’am!  If your not going to wear a mask you need to stand here and move behind that plexy glass!  And while your at it dance to the beat of our drum at our will” the employees say.   “They speak to me as if they are Prison guards and I am on death row.”

The poor woman got so tired of being harassed she made an Arabian style mask loose fitting with no tight bindings just so she could appear to be doing what they commanded of her. Maybe then they would leave her in peace.

Still by the end of her shopping on 9-1-20 they were threatening her again and telling her they didn’t care about any HIPPA laws or the disability act of medical privacy.  They demanded she carry “a note from her doctor” and present it to the young teenage clerk who is in authority.   A minimum wage employee commanding that a 60 year old woman show this child a note from here doctor.

WHAT PLANET ARE WE?

Have corporate minimum wage employees been deemed law givers?  Just what are the skill set of these clerks that they are now wielding power over their elders to tell them what they can and can’t wear on there body?

What twisted mind would even attempt to play such a ridiculous game of authority?   Well all it takes is a little low self worth mixed with the prospect of high power and any law will do as long as they get to enforce it.  “Me, me, me, I want to play cop and harass my fellow Americans…me first please Mr. beast!”

The manager shreiked at the woman pointing to a tape of square on the floor.  “Get into the box ma’am,  Get into the box now ma’am, Get into the box ma’am!” Till she finally complied in fear she would not get her groceries out of there. Then out of rebellion toward the beast who has NO AUTHORITY OVER HER she quickly moved away from the tape in fear it was some target space for emf beam forming.  The war of the machines is upon us.

“We don’t have to adhere or obey those HIPPA or DISABILITY ACT laws of privacy ma’am” Said the minimum wage clerk of Traitor Joe’s employment to the 60 year old woman.  Is Trader Joe’s now exempt from following U.S. LAW?

The woman said she would stand outside the store with a sign except her left ear heats up every time she goes to the Butler Plaza parking lot as if she is being microwaved.  Why is always the left ear that heats up and turns red?  Its probably a good thing she has been kicked out of the store for not covering her mouth and nose the way they demand.

The manager told the woman she was being harassed because her Arabian Muslim Sharia law style mask was an insult to them.  She had not thought about someone taking offence when making the mask and we are not sure why it was offensive to them.

And finally the manager did tell her, in spite of the large purchases she has been making there for years on end “don’t come back to this store cause you won’t wear the mask so your not welcome here, we WILL HAVE YOU ARRESTED FOR TRESPASSING SAID Mr. Boydeur or some name similar to that.

They had no consideration for the laws in place to protect the disabled who have suffered from Cancer and other diseases via fabric dyes and sizing chemicals put in fabric during manufacturing.  Not to mention the poor oxygen intake and bacteria build up on the masks after 20 minutes when they are rendered useless due to moisture.

We actually I guess that depends on your definition of “worthless”.  If getting people sick is the goal the mask is spot on.  Who needs the SS when the American people themselves are turning in droves on those who speak truth and know the mask’s real effect.  Those who see the sinister Corporate indoctrinations watch as the people carry out the beast’s every desire.

How long until violence breaks out against those who will not walk lock step with the beast’s commands.  The “we the people” are being controlled by AI, emf, wifi, and their cell phone signals.  God help us.

These people who have no idea why the mask is useless moreover dangerous to your health.  They don’t research and learn that there is no viable science behind the wearing of the mask.   All there is is the statement of compliance to the beast.

A man 3 isles down screamed at the woman “just put the mask on” as he stood there with his own mask under his nose.  The woman said “oh like you?”

They care that its useless they are obedient to the beast system no matter what the command may be and  how ridiculous it is.