I Conclude Coe Vid Is an Environmental Injury not a by Russ.  Injury due to sun’s UV=corona discharge=splits the Oxygen molecule=harmful ozone on earth’s surface =same symptoms as the vid.

Seems the elite may not be as evil as we Truthers suspected.  They do have a thread of compassion apparently.  At least for Earth itself if not for humanity. 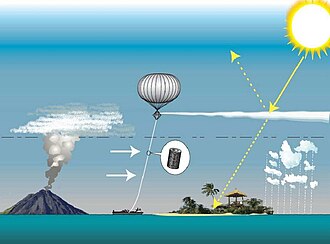 If you follow the truth threads you have heard of chemtrails and seen the many chemtrails in the sky.  We, many of us

assumed they were spraying us like roaches because of their diabolical motives to destroy humanity.  After all organic foods were few and far between.  (then came whole foods) Most food was poison.  And they lie to us on the image of the beast TV & phone at every turn.  On the image of the beast fiction =some truth  &Truth=fiction.

“Know them by who they show you they are not by who they tell you they are” is the rule of thumb.  And those in charge have shown us their main concern as being that the sheeple contract Cancer and feed their banking systems while dying 50 years earlier than we should.  Most people don’t know we should be living to the age of 120.

But God shortened the days of suffering…by His mercy.  All things work together for the good to those who Love Jesus.

Granted the hidden rulers (not the puppets on TV) are diabolical but what about the chemtrails?  What if their purpose is productive?

The fake clouds consist of Aluminum, Strontium, Barium and God only knows what else.

Conclusion-What if the sun is really killing the Earth and they have to block it or else.  Furthermore what if the by Russ is actually an environmental threat to humanity?

Perhaps I was wrong about the Hopi Indian prophecy.  I see the two new stars in the sky.  Blue Kachina & Red Kachina.  But what if the Blue Kachina isn’t just a sign of the end.  What if it is actually a Comet called Wormwood?  And its hurling toward Earth one circle at a time closer closer closer?  I watched a movie last night with  Leonardo DiCaprio, Meryl Streep & Jennifer Lawrence

The movie on Netflix is both funny, dramatic, refreshing and enlightening & we pretty much know by first hand knowledge that comets are a real thing.  Though when it comes to the serpent NAZA (S not ) they lie like hell.

Lets say for a minute the Sun is authentic and is just getting brighter and brighter instead of being a fake sun with massive grow lights.  (Or perhaps if it is fake maybe they can’t turn it down or it won’t work right to keep Earth’s vegetation alive.)

If the sun is real, perhaps due to our protective Earth shields fading the bright increase occurs.  And or due to the horrible pollutions we humans have ignorantly produced by our participation in consumerism.  By far its the corporations and greed by the TV that is the worst offender to blinding the masses.  We didn’t know we should not buy ANYTHING from them we do not absolutely need to survive.

The corporations destroyed sacred family farming changing the Earth into a mega factory of pollution.  Even their movies show farming & farmers in a horrible light.  Hollywood always portrays farming as toil and waste over and over and over they detour us from growing our own food.  The only farmers the image of the beast shows are starving & or evil.

Regardless of the Reasons Why…

I can see that the sun has changed dramatically since the 70s.  It’s now WHITE HOT.  Personally I can see the violet purple emf ultraviolet spectrums in flashes on sunny days at Earth surface level.

With increased sunlight it’s getting brighter and brighter.  Now making the Earth a mass of Coronal discharges happening like rain.  Corona discharges at Earth level are not unheard of.  Weather the Sun is real or fake the discharges are happening.  I see them.  Corona discharge produces a violet flash then by splitting the Oxygen molecule dangerous Ozone occurs.  (granted some air purifiers use that same atom splitting natural phenomena and lesser levels of Ozone are apparently acceptable).  Sounds a bit like CERN’s folly.

Science likes to make itself a god. But all it really does is learn from nature everything it has learned nature taught it.

I cringe when the science pro-back scene sites say “the back scene is teaching your immune system how to work”.  Farking nazi’s!  It is the human immune system that teaches those diabolical franks what they know.  I seethe with anger.

Where there are corona discharges there are dangerous Ozone levels with violet outbursts.  See my decode of ipetgoat.  Ozone levels of which cause the same symptoms as the advertised SARS-CoV-2 symptoms.

What’s more–I had IT.  And IT was an injury not a cold due to flu.  It was no flu that I experienced.  I had a clear injury to my lungs.  Why?  Because there were no symptoms of cold due to flu.  What I had was a burning lung that caused an Oxygen shortage to my heart.   I felt it and I healed from it.

Jazweeh was healed by one of the two witnesses.  He came to her in a vision and she became 50% better.  She could breath again, get air to her heart.   And that was what was vitally needed. (her testimony).

The reason she was not healed 100% instantly is because of the process needed to build a type of natural callous on her lungs for protection.  Why her?  I think she is being prepared for the great tribulation on Earth.

Those who heel can build a type of callous on the lungs so the UV hence Ozone damage cannot happen again so easily.  You well know how they put truth in plain sight.  The word “corona” has given it away.  This is my theory.  Jazweeh says she can see the blue violet flashes both at night and during the day.  This is why it doesn’t spread to loved one’s.  And since the violet occurrences are few and far between not everyone is affected.

Wear a white hoodie during the day.  Take a magnesium ionic liquid elixir if your lungs get burned.  Pray & ask God The Father or Savior Jesus to be able to see the UV violet flashes so you can avoid breathing excess Ozone.

The elite have been chem-trailing the skies for over 12 years at least.  My theory is that now they have stopped.  Why?  I believe by intuition that this Christmas day 2021 is the beginning of the end for many humans.

The New Earth Prophecy Will Be Fulfilled

I theorize the reason they have finally stopped chemtrails is because they are now rendered ineffective.  Nature has won out.  The sun is now too bright.  There is NOTHING they the elite can do now except go to their caves.  They will now leave the surface of Earth & venture where they feel it’s safe.  Not bunkers.  And entire world, society of caves homes, stores, pools, farms, and condos.

Hence the booms and kabooms that were heard by so many for years were preparation for the underground cities of the elite.  With grow lights they have their underground haven and can grow food there.

Ozone maps were changed today 12-29-2021.  They have updated the airnow.gov site.  click ozone & PM to read.   Jazweeh is not making up her theories as if to use imagination.  Ozone threat is real.

However God makes a way where there seemeth no way.  He will cause those to survive whom He deems to survive.  The New Earth is coming as prophesied.

Internet and normalcy will continue on Earth’s surface as long as its possible. I don’t have the answers for what provisions the elite put in place or for how long auto TV and auto Internet will work. At some point the ultraviolet emf will overtake the electrical systems.  Due to the need for thicker wires and conductor bundling for the entire Earth’s electrical grid is something I do not think is possible for the elite right now.  Nor will they bother.  They have their underworld all set up by now.

First of all know this, internet pastes and posts confusion in the mix when Truth is in question.  For instance there are so many names for this planet X that is will confuse search results.  Personally I have noticed one the of propagandas most common techniques is to steal the narrative by posing as a truther.  They will tell 5 great truths that everyone has already heard then inject one huge lie.   The huge lie generally discredits truthers by it’s being easily disproved.

For example the back scene.

They will say “It’s bad it will connect you to AI and 5G.   It’s full of graphine , small razor blades that rip apart your insides.” And so on.

When in Truth by my own research the Truth is bad enough.   I found this.  The back scenes, all of them, will by all means direct your own mRNA (this is why J&J can say “it doesn’t change DNA, your own body restructures itself for them by the keys to the cells nucleus- no cut & splice edits ie CRISPR are needed) to restructure the building blocks of your body.  Including DNA level behavioral genome engineering.  Question is what patterns of behavior or physical attributes will they delete?  Perhaps the restrainer/conscience according to prophecy. And what sequencing will they add in?  Beast DNA no doubt.

Astra Zeneca back scene does have Chimpanzee viral genetic material in it.  Perhaps since we do live in the upsidedown and they teach lies that we humans evolved from apes.  Now they shall fulfill their upsidedown prophecy and turn humans into apes.  No weapon formed against thee shall prosper.  With God all things are possible.

Next by the PEG or Polyethene Glycol it will cause (a not so rare anymore) heart condition that will rip your heart. The myocarditis will cause myocardial infarction and death. Not to mention the Cancer cell lines called “immortalized cell lines” that although “purified” they have been know to and do become activated seen in both in vitro (petri dish) and in vivo (in living organisms).  This puts the risk of Cancer very high due to taking the back scene.