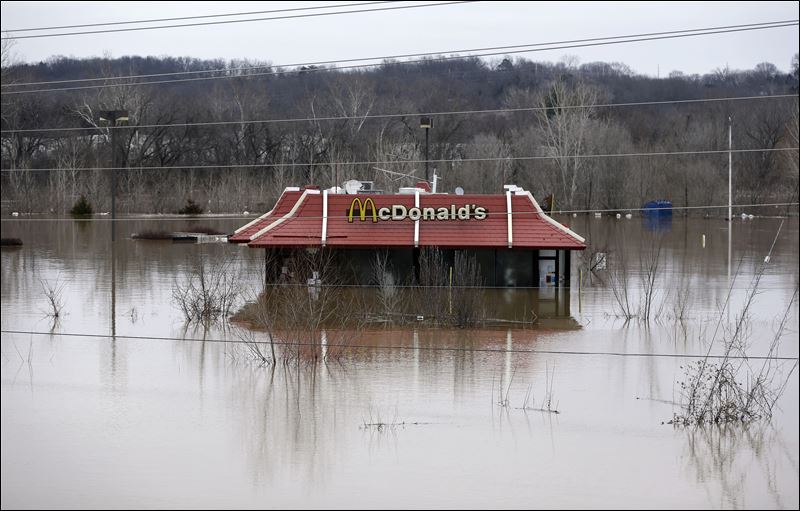 Mainstream news as always is minimizing this little factoid of record flooding in the U.S. 2019 NOW over multiple states.   I can’t seriously believe anybody still depends on mainstream news.  Lets face it folks, if we want truth we must dig.  And we have become …..I dare say lazy because of our perception of the news coming to us in one fell swoop called CBS and the rest.  We have to use 1. a different search engine than google then we must read uhg!  There is a youtube channel I have heard is very good with keeping up with true weather but it will scare the …out of you at https://www.youtube.com/user/MyanmarLiving/videos

Search “record flooding in U.S.” on any other search engine than google please and you will see lists of articles confirming record flooding that is occuring right now in Texas, Missouri, California, Iowa, Oklahoma, Nebraska, Louisiana.  And what does human consensus say about it?  “Oh it’s always been like this JUST NOW we can see it cause we have the internet”.

This is what people are saying to one another and believing.  While countless articles inundated the real search engines with present day flooding.  The mid west IS a reck.

that the flooding is occurring.  You can only thin the veil so much and mess with Earth’s reality so much till she spits it back in your face quite literally!

Jazweeh does not know when but she is pretty sure how Missouri will gain the name “NEW MISSOURI” in the not so distant future. Give it five years at most she thinks.

The NEW MISSOURI will occur due to so much flooding and land shifts that the borders, lakes, plains, and everything else on the maps will have to be rewritten.  Selah