Please prepare spiritually for the next 4 to 5 years will be a wild ride (we think). 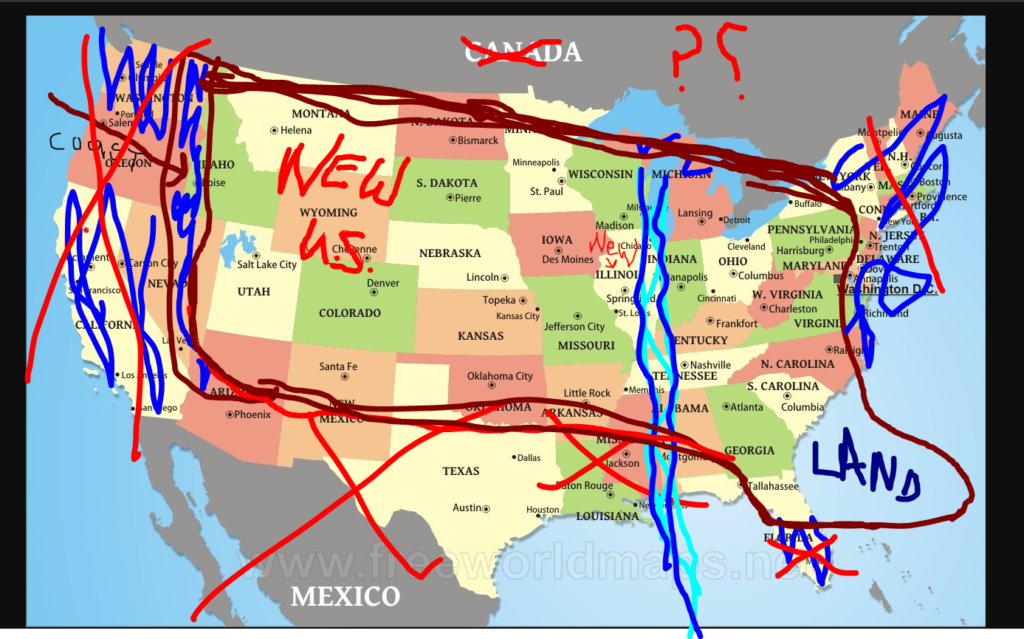 This is an approximate. I am going by memory of a vision. I must also add that Florida was somehow further North than shown.  Therefore the southern, NEW coastline may actually be about 70 Miles  lower 1/2 way into Texas and parallel.  But to get the Florida coast right and to get the shape correct…I could not move Florida, Texas, Mississippi, Alabama and so on further north as they appeared in my vision.

The Florida coastline will be just north of New Tampa so Wesley Chapel and Darby are inland.  Everything south of North New Tampa will be under water.  Tampa is a cesspool of debauchery its not wonder it will be cleansed by water.

All land south of this new coastline including South America and all parallel lands where under water.  But as you can see east of Florida rose up and was given new land which is odd.  Illinois will be called NEW ILLINOIS. I saw that clearly.  California, gone, seems like Canada was gone too but I am really not certain of this.  I do not know but clearly the U.S. was no longer attached to Canada.  I could be wrong.