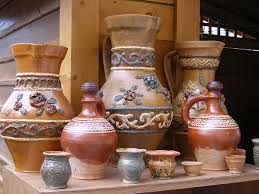 I met a man yesterday who in the 80s and early 90s was living a life much the same as the life I had lived.  We had many things in common such as Cocaine addiction, sexual debauchery, near death and death experiences, paranoia induced by Cocaine and more.  Cocaine abuse inherently includes much debaucherous sex or like sex acts.  Often it distorts the natural desires into something ugly and deformed.

We talked of the insanity of our mutual pasts.  We spoke of the insanity that the drug induces.  Granted I was also a heroin addict and actually went much deeper into the drug use than he had because of my intravenous injection vs his snorting.

A Man Given up to a Reprobate Mind

Finally as I shook my head in utter amazement that God had delivered me from such self destruction he looked at me and said, “I would not change it”.  Hmmm I thought.  He said “I would not have been able to have sex with all those woman had my past not been what it was.”

Hmmm….with inclination to validate and being prone to pleasing people and  an empath I said “well our past did make us who we are today.”  Which is true except he never felt any guilt or a need to REPENT of the heinousness of the sin.  He simply quit whereas I has to seek out in prayer deliverance and ask God to fix me and change my heart.  I knew I was twisted and broken.  Why do I do that which I do not want to do?   Who shall deliver me from this body of death?  Praise be to our Lord Jesus Christ who took back the keys to death and Hell and overcame death and the world that we also may overcome.  Praise be to Jesus!

“Repent and Confess your sins one to another and pray one for another that ye may be healed.”

Back to the Cocaine Story

While on the other hand I felt grave guilt and shame for those times and have long repented from the sin of it all.  I not only regretted deeply the self destruction but also I was shamed before God because of my actions.  I WAS the Prodigal son and now I am not.

The bible parallels of the 12 steps in AA helped me shed the shame and guilt of the past.  Along with repentance and confession I was relieved of the guilt and shame of those horrific days of self destruction.

That was how I dealt with the bondage of sin.  While this man at the mechanic shop HAD UTTERLY NO GUILT OR SHAME for his actions, none that I could see anyway.

He said “I would not have been able to have sex with all those many many women had I not been a drug dealer and done all those drugs”.  I think if his body would of allowed it he would still be using drugs and sex.

So it seems we have two hearts two humans at work doing the same thing pretty much yet one feels shame and the other doesn’t.

Oh sure you could call the shamed man psychologically inferior and maybe even weak and manipulated because he is not okay with his own actions. After all, who is getting hurt?  “He only hurt himself”  says the on looker.

Hurting myself is as evil as hurting someone else in my opinion.  I am not comparing us because of pride or out of the need for validations of righteousness.

No I am sighting this even as proof that God looks upon the heart.  The man who does not know God does not consider God in all his ways.  Children of God take mindfulness of what they are doing to say would this be okay with My Father?

You are a Precious Jewel & Lighted Treasure Inside a Clay Pot.

Then after years of struggling with our flesh and prayer and meditation we become molded into that which is pleasing before God.  We no  longer have to struggle to do what’s right. We are the clay, we become righteous and automatically do that which is righteous before God.  This is what I have found.  And the process is A LONG ONE!  Shedding the flesh is not easy.  And there are always some lingering flaws I think.  Maybe not.  Maybe some “walk with God so God took him” like Enoch.

That scripture is my great Hope, one of them anyway.