The Feast of Tabernacles (Feast of Booths).  A Jewish Old Testament Holy-day.

Apparently God does have some connection to this Jewish Event.

Otherwise He would not have given me a dream of a booth.  I had no idea what the booth meant until I researched the word. 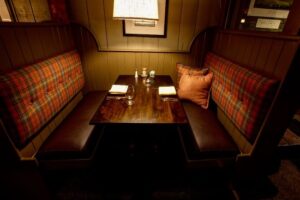 I don’t normally put alot of credence in the Jewish holidays.  I am not religious.  However, I had a dream of a Booth covered by a soft & cozy blanket of protection.

My Recent Dream of A Booth by Laura E.

Begin Dream-I was sitting in a booth with this pretty actress who I saw on TV in real time some years passed.   Carla Gugino played in Snake Eyes w/Nicholas Cage. 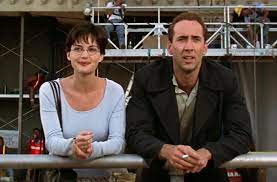 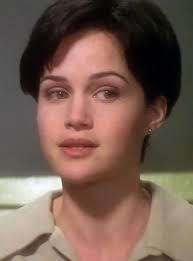 Coincidentally I found her name on a prayer list for rock stars.

But then I found her name on mrprofile.net listing her religion as “JEWISH”.  My oh my such a coincidence?

Suddenly (in the dream) a great big blanket covered the entire booth to keep us safe, protected and warm.  I found out that Sukkot is the feast of tabernacles that’s also referred to as the feast of booths.

I also realized that Sukkot represents the END of the harvest time.

We, brothers and sisters are the harvested fruit.  We are the wheat grown up with the chaff in the fields of Earth.  Now is the time for our Tabernacle of safety.

The interpretation of Dream.

Disaster comes by the Serpent on the feast of tabernacles (often called feast of booths) 2022 Oct. 10-16.  Me and some others who I do not yet know will be protected on those days to come.  October 10-16

Those who Jesus “set free” shall be protected.  (Carla=Carl=Man set free).  I have a family that I do not know yet.  They too are protected.

Question is why this actress Carla Gugino?  Her name “Carla” means “Free Man”.  That fits spiritual deliverance. Perhaps she is more than “Jewish” by religion.  Another site listed her as saying “I am not religious but everyone should believe in a greater power than themselves”.  Paraphrased from prayerlistforrockstars.blogspot.com

Will we be raptured, delivered from Earth, transfigured and taken to Heaven?  Or do we have an upgrade to our bodies coming while we stay on Earth to endure to the end and then to seed the New Earth?   Or Both & my favorite scenario?  We leave to the first Heaven to get our upgrade then we come back after the disaster to seed the New Earth?   My dream was from God I am certain of it.  For whatever reason the dream warns that the great tribulation is not to be taken lightly.  We will need special protection during the coming months.

My dream doesn’t seem to be saying “rapture” (unfortunately).  Its saying that when shit hits the fan me and someone I don’t know will be covered and enclosed in a booth.  We will be protected.  There is no mistaking what a blanket means to humans.

To be candid I was hoping for rapture.  But I pray “thy will be done”.  He knows what I need better than I do.

Last night I had a rapture dream.  I was in an A frame wood home with two girls who I don’t know.  On the top floor of the loft we watched out two open windows with no screens or curtains.  People outside began floating up with lights of glitter. Again I felt I didn’t deserve to be raptured so I feared I would not be.  In real time God assures me nothing can stop His will for me in the arena of rapture.  Still I have condemned myself for so long it’s a habit.  First by my youth others taught me I was wrong and bad.  I believed them.  My intellect can tell me all day long that I am worthy.  But my heart is conditioned to be unworthy.  So, therefore I am in God’s hands.  I cannot rapture myself.

Anyway back to the dream.  People were floating up up up with golden glitter.  I felt the pull of God for me to jump from the window.  But I feared I would fall to the ground.  So I ran down the steps and was stuck in the house with no exits.

Finally suddenly I was outside but the rapture was over.  I asked a guy what was happening.  He was joyous-unlike me angry and afraid.  I compared myself to him.  Why am I not good and right like him?  He said this “that was the first rapture, there is still another one coming to prepare for.”  He smiled and was fearlessly happy.

I awoke with the feeling that I must let my resentment for the beast system and it’s minions go.  I will pray every day for my enemies until my anger is abated and I am free of it.  I must also pray for myself to let myself be human never perfect.

My other resentment is for those who seem blind to the signs and wonders.  My anger towards them is merely a reflection of my self anger.  I was them.  I have been where they are.

The Loving Doves come to my rescue and The Holy Spirit delivers me from my rage, hurt, pain, and resentment.  Thank God.

Grace she desires and Grace shall she have.

What If I Volunteered to Come to Earth?

What if I specifically insisted to God that He let me experience the G.T. all the way through to the end?  To also help the lost & the saved.

What if I volunteered for this earthly job?  God probably warned me that I would regret coming to Earth during the end of days.  He probably reminded me that I would not have my celestial higher thought memories or my good sense.  And that I may end up being part of the problem as so many fall to evil.  And I was part of the problem for a while.  I surely was evil’s slave for a time.

What if in my pride I insisted that I could handle the Earth venture and insisted on helping the Earth people attain their soul’s salvation since so many were falling to the beast?  Being a human I too had to choose my eternal home and my True God and Savior.

Nevertheless I am here now.  My DNA memories are powerfully strong.  I know God.  And in this Earthly journey I feel the separation from Him and it SUCKS.  I have felt the separation from God since birth even in the womb.  In my journey to know myself I went backwards all the way to the womb.

Sukkot is a Torah-commanded holiday celebrated for seven days from the 15th day of the month of Tishrei. It is one of the Three Pilgrimage Festivals on which those Israelites who could were commanded to make a pilgrimage to the Temple in Jerusalem. The names used in the Torah are Chag HaAsif, translated to “Festival of Ingathering” or “Harvest Festival”, and Chag HaSukkot, translated to “Festival of Booths”. This corresponds to the double significance of Sukkot. The one mentioned in the Book of Exodus is agricultural in nature—”Festival of Ingathering at the year’s end”—and marks the end of the harvest time and thus of the agricultural year in the Land of Israel. The more elaborate religious significance from the Book of Leviticus is that of commemorating the Exodus and the dependence of the People of Israel on the will of God. It is also sometimes called the “Feast of Tabernacles.” The holiday lasts seven days in the Land of Israel and eight in the diaspora. Wikipedia”