A Jazweeh (scribe of God to the chosen) article 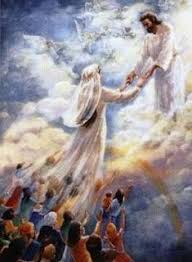 Who Are The Bride of Christ and What is The Wedding of The Lamb?

Jesus at the wedding of the Lamb for they are already breathren of Jesus.

The 144 will be seated at either the Father or Mother’s of God’s tables.  I have already seen this by dream as the Mother of Jesus summoned me to her table when I wondered feeling as if I didn’t know where to sit.  Of course I was shocked that she invited me to the place of honor.

But for the 144 They are going to THE REGALIA of The Chosen!

1 : royal rights or prerogatives. 2a : the emblems, symbols, or paraphernalia indicative of royalty. b : decorations or insignia indicative of an office or membership. 3 : special dress especially : finery. 4. A Coronation of sorts.

“Regalia” is the word Father gave me that I did not know the meaning of before this night.  Many think and say they are 144 but their works are not by Faith they are by flesh not by The leading of The Holy Spirit.  They worship in flesh, pray in flesh, and are greatly deceived by the strong delusion at hand and by religions picture of a Christian’s works.  It is their own heart that alludes them.  Still if they have the Faith of a mustard seed in God, He is faithful to save them.  If their faith is amiss and put into doctrines of men and the books they are deceived.

She did not know who she was until the very last days, The Revelation 12 women, who are the few, had no clue of who they were.  Nor did God’s army even while in battle see themselves as God’s 144 army.  These thing had to be kept from them for their own protection.  But now all is being revealed.

Father has shown that HE will make known to all of those who will inhabit the new earth just why He chose the 144 and what they suffered and what they accomplished on Earth as His spiritual army, those also who go before the throne.  These “where were you” examples are but a few in the box of great works of Faith, a hall of Faith that the chosen carried out in the face of unbelief, mocking, and their own doubt.  They were beat down excessively by Satan’s minions and have already felt death of the body.  Many of them will seed the New Earth well before any others have joined.

We do not believe the wedding & supper will take place until after the 1,000 years of peace on Earth. (We could be wrong on this.)

Many who have Faith of a mustard seed IN GOD, will go to stasis and be upgraded there.  The many who are saved will receive the Holy Spirit at the wedding.  The 144 and 133 will receive their new gifts at the Regalia.

The 144 are properly judged by few and they stepped into the template God left empty and waiting for anyone who would have made the choices that they did.  They were not predestined except that the template of choices were predestined.  Free will.

The meek shall inherit the earth and many are saved by Faith in God forgiven by Grace.