Prophecy Dream side note:  Jazweeh dreamed today 11-7-20 that her laptop computer crashed to the floor.  Oddly my own VAIO laptop fell off my desk yesterday on to the floor.

Also I had a strong feeling that I should buy a bootable Linux operating system for $23 on Amazon.

Operating system on most computers is Windows.  Linux is the choice of many developers.  You don’t even have to install it for it to work.  You can just stick it in your USB port and use it just like you would windows.

The good thing is that if there was a virus that took out the computers in the U.S it would most likely be a Windows & Apple operating systems viruses.  They say Apple computers are un-hackable. I kind of doubt it.  I feel the usb operating system is a convenient solutions to any computer crash.  I have been wanting to get away from Bill Gates control anyway.

We believe todays dream is a prophecy dream saying that in the near future, probably around January the internet will crash for a time causing panic and havoc.  Personally I work online, have numerous websites, and cannot afford to risk not having a working computer.

The Oracle in “Legacies” on Netflix. 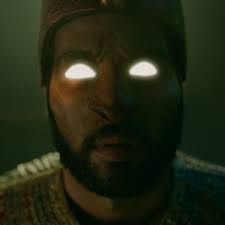 Prophecy Truth in plain sight from the story “legacies” on Netflix.
I can interpret this prophecy and it is for our day.

There are two prisoners, one is the master of his cage the other returns home without power.
The sins of the father are visited upon the daughters here and not here A hero rises but can be failed by a golden arrow. The wolf among you has many faces.
When time fractures the darkness overwhelms.
But the greatest destroyer of all…is LOVE.