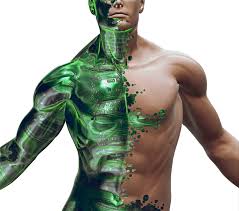 This Tubal Cain figure also spoken of in Genesis 4:22 is somehow related to Queen Elizabeth and John Dee the Alchemist Magician etc. He is also related to the 007 Movies.   See Nicholson1968’s Video Blockbuster- “Cain..Tubal Cain!! Full Version produces and edited Nicholson1968 for more on this mystery before us.

Since the bible changes to the KJV I have been chewing on the name “Tubalcain”.  My spirit felt provoked by it and I am certain its a new addiction to the bible.

Graciously Thanks to Mr. Nicholson for allowing Jazweeh to post this video. Thanks from “ParadisefortheHellbound” on YT (Laura E.)

MORE will be REVEALED.  This is residual that Tubal Cain was in Isaiah…now it makes no reference to him in Isaiah that I can see.  So either its a M.E. or an error.

TUBAL CAIN IN THE BIBLE IN END DAYS –

Tubal Cain is described in the Bible under Isaiah 2:4 –“He will judge between the nations and will settle disputes for many peoples. They will beat their swords into plowshares and their spears into pruning hooks. Nation will not take up sword against nation, nor will they train for war anymore.” And also in Joel 3:10 – Beat your plowshares into swords and your pruning hooks into spears. Let the weakling say, “I am strong!