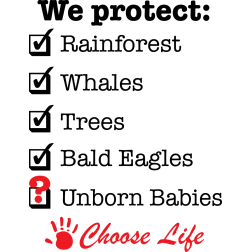 Answer:  Why, in the womb of course.

Passed-on babies are big business, you can research that very gory topic on you tube. I was afraid if I posted photos and videos along that line no one would stick around to read this heartfelt soul saving confession.

The Confession of a repentant mother

Abortion is something far worse than murder.  STOP!  I say not these words to judge you, but rather I Jazweeh am speaking to myself.   I am a child murderer.

I murdered a child who wanted nothing more than my Love.  I did this at a time when murder was deemed “birth control”   I literally had no conscience about the topic.  For that I am deeply grieved with loss and remorse.  I repent and confess now.

The Origin and Atrocity of Abortion

The dashing of the womb is written of in 1st Enoch 69:12 and was taught to humans by the worst of the fallen deities called the fallen angels as it is written of in the Book Enoch 1 and Genesis 6.  The dashing of the womb was/is considered a “medical procedure” innocent and accepted. Also mentioned in 1st Enoch 99:5 and the famous scripture of angels taking human form to marry the daughters of men after whom they lusted Genesis 6:1-5.

I Jazweeh confess to you now, I felt little if any guilt or remorse on the two occasions that I engaged in this horrific slaughter of the innocent.  I repent of it now, I feel it now and, I mourn the death of my children in depth at this time.

Please read on as I want to tell you the dream that brought me the gift of repentance and forgiveness this day.  I know God has forgiven me because of the dream and depth of my realization of self sin.  Repentance isn’t just a thought.  It is a deep regret and remorse for old behavior.  It involves a grieving process when it is a “sin unto death” that is being repented of.  These sins unto death as Apostle Paul mentioned are much more grievous than a sin that is not “unto death”.  In other words there is a sin that results in the death of the innocent.  OF THESE SINS WE MUST DEEPLY REPENT and if we have not we need to seek deep repentance from God in prayer and fasting if that’s what it takes.  It is VITAL for our soul’s sake.  I repented long ago of these sins but not deeply enough.  I have carried the self anger over them for years.  I have suffered with these sins by my inner heart and soul.

The Story of the Awakening Into Repentance

From the beginning I must share that I asked God to see myself in a true light that I may change. I prayed this because I know how blind we often are to our own true nature.  Last night I was awoken by a presence in my room right beside my bed.  It startled me.  At first I feared the tall male-like presence and thought it was malevolent (evil).    It left quickly when I awoke.  Upon further consideration I felt it was a neutral type spiritual entity. But now I know it was benevolent (good and of God).  I believe it was the Angel of The Lord called Josiel who has given me a dream which played out today as I went through the interpretation with my own spirit guide, remembering nearly every detail and what each detail meant.  Send me your dreams to be interpreted at livingword@jazweeh.com

I lie down to sleep and had a dream.  I saw my friend Joanna who had died in a car wreck.  She held before her a pad and paper.  On it were a disturbing paragraph that she considered a problem as she starred at the page.  As we sat talking I wondered why she was upset with herself.  I tried to tell her how to Love herself again as I was sure she thought she was wrong and bad according to most present day indoctrination that are based in childhood shame, negative labeling, spankings, and violent punishment by those who we trust and Love.

She seemed to be frustrated giving me a sense that I didn’t know what her real trouble was.  We felt the presence of a strong male figure coming up the steps.  He was her judge and told her all the day just how bad she really was for whatever it was that was written in that book about her and what she did during her life on Earth.

My psychological approach to her spiritual problem was amiss.  Suddenly in the dream I was in another room, like a shower room of sorts and I heard the powerful man verbally punishing Joanna.  Suddenly I was in a parlor from about the 18th century with Victorian style furniture.

There was a red velvet sofa that was made of expensive cedar and fabric, very Victorian era.  But the sofa had two splits in it that made it like a sectional sofa.  But it was odd because the middle piece was less than a foot wide. What did it mean?

Then a young blonde headed boy about 9 years old came to sit down with me at a table.  He and I began to play a board game and have fun together.  He sat on my lap and wanted to be very close to me.  Like in the Monopoly game I began buying up every oil rich country available.  The boy looked at me wondering why I would value something so worthless in the spiritual realm and void of value to the spiritually minded as black tar oil.    He just looked at me with inquisitive eyes.  He was so innocent not understanding material possessions.  I still can’t remember if he acquired any property in the board game.  He just wanted to be close to me.

Next I apparently had to leave the room and the boy clung to me.  He wanted so badly to be close to me.  He DID NOT want me to leave EVER.  I heard a loving motherly voice come from what seemed the next room telling him he must let me go.  The boy knew something in his heart that I did not.

The interpretation of the Dream

Firstly Joanna my best friend ever in life who died at an early age had also gotten pregnant and had an abortion.  I was experienced with abortion and cosigned her decision.  Now she is suffering the consequences for that choice.  I repented of my part in her decision.  I may have even talked her into it, I don’t remember it was a long time ago.  We were in our teens.

The book is The Book of Death opposite The Lambs Book of Life.  Her name and her offence are both written in The Eternal Book of the Damned or The Book of Death.  Every day she was visited and punished by the words of her judge.  Every day he came up those steps and reminded her that she shed not just innocent blood but the blood of her blood.  This offence is easily as bad as suicide but it can be forgiven IF we repent with our whole heart.  The message to me was “repent or you also will sit in the judgement chambers” for a very long time and longer.  And I realized that I played a part in her sin.

I was in a “shower room” temporarily to show me that I need a cleansing from God.  My heart is marred and impure.  My body is wrenched with the blood of the innocent. God forbid.

Side note;  لا سمح الله  “Allah” means “God” in Arabic.  This phrase is “God forbid” in Arabic.  Is not their Arabic writing beautiful?

On with the interpretation.

The boy is my own son.  All he wanted from me was Love and I not only rejected him but I snuffed out the life God gave him.  And this my friends is a sin that will NEVER qualify as anything else but sin.  It has NO justification.

The red couch was the life I cut from my own life by the murder I separated myself from God and from my child…the three parts.  Do you know what those sick abortion clinics do with the remains of those sacred unborn children?  It’s Satanic and it’s dark.  You tube it.

My leaning on the psychology of self love is good but pales in comparison to the self love we receive through getting right with God through Christ Jesus.  Repentance is a gracious gift and without it we are screwed.

I had forgotten even who the fathers of the two babies I had lost by my own hand were.  The interpretation session gave me those memories back.  I wondered why only one child appeared.  Why hadn’t the other lost child come to me in the dream.  I believe that child sleeps and is different than the boy.

I cried for hours morning the lost children.  I carry inner anger at myself and have for years.  Our society condones this type of murder.  How is it not murder except under a delusion of rational?

Please, if you have had an abortion pray now for the gift of repentance before it’s too late.  I have prayed that my friend Joanna can be released from her place of punishment.  I pray for God’s grace on her soul.

The Importance of Dreams

Footnote.  It’s important to dream.  Turn off all wifi and set up a crystal grid (quartz, rose quartz, opal, iron ore whatever you connect with in God’s world of crystals.  This is to protect your dreams during sleep.   Remember Crystals are Gods sacred stones.  They are not worshipped as God but rather they are a spiritual tool and mentioned in depth in Revelation and other sacred books of the Bible.

If you can afford it buy a silver embedded fabric called RF Shield like a mosquito net to cover your entire bed from emf, RF frequencies and 5g that will stop your important dreams that are a communication with God and you spirit guides.  Don’t think just the new agers have the benefit of spirit guides.  God’s chosen elect have many spiritual teachers.  Many who are “just men made perfect” And will come to us and teach us during our dream hours.  Then when we wake the information will stay with us even if we don’t remember the source of that info.